Turkish unmanned helicopter to go into mass production in 2021 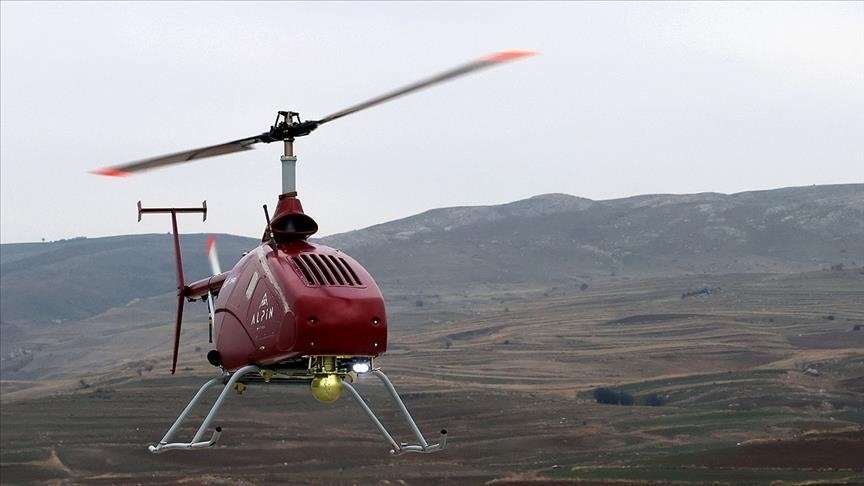 A Turkish technology company produced an unmanned helicopter with a high load carrying capacity to meet the needs in the military and civilian fields.

Titra Technology, operating as a group company of SBI Bilisim, joined the companies, which have produced unmanned aerial vehicles (UAV), by producing an unmanned helicopter.

Selman Donmez, the Chairman and CEO of Titra Technology, said the company’s aim is to fulfil a significant need both in the military and civilian fields.

“In the market, we have seen a need for a platform with high load carrying capacity, capable of staying in the air for a long time, with a fuel engine and capable of long-range flight at high altitudes,” he said.

Drawing attention to the development of the vehicle, Donmez said they increased the flight duration of their unmanned helicopter from 3 hours to 8 hours.

“At the end of our effort, we have obtained a platform with a flight range of 800-850 kilometers and a flight altitude of more than 15 thousand feet. It can stay in the air for about 7-8 hours depending on the weather conditions of the flight, and can carry up to 160 kilograms of payload,” he said.

He also added that their goal is to start mass production towards the end of 2021.

By gavriella
Previous articleContacts between Government and parties on state budget to continue
Next articleMacron says he’s doing fine after catching COVID-19, working at slower pace