Turkish superiority should not distract us from the aim to find a Cyprus solution, House President says 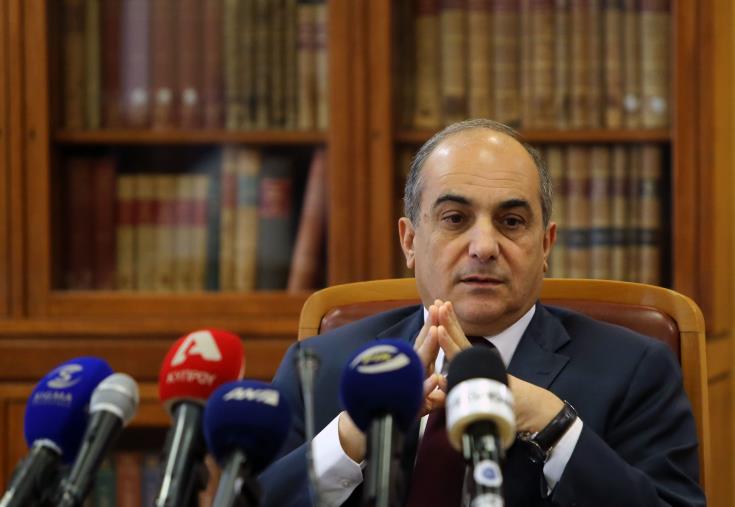 Turkish military superiority should not distract us from the aim of reaching a just and functional solution to the Cyprus problem, Demetris Syllouris, President of the Cypriot Parliament has said.

Speaking during a memorial service for the soldiers of a reserve battalion killed during the Turkish invasion of 1974, Syllouris also stressed that the Greek Cypriot side should realise the gravity of the situation and act with a sense of responsibility and determination.

“Turkey’s numeric and military superiority, under no circumstances should distract us from reaching a fair and functional solution to the Cyprus problem,” Syllouris said.

A solution, he added, which would put an end with the long-standing and illegal occupation of Cypriot territory from Turkey, would be premised on European values and principles, the EU acquis and the principles of democracy, while would secure our state’s integrity, the fundamental freedoms and human rights of all citizens, serving the interests of the Cypriot people.

He criticized Turkey as “the basic factor in the settlement process, which continues to disregard rules, conventions, the European and international law, the law of the sea as well as UN resolutions.”

“Turkey is hiding behind the Turkish Cypriots, which it manipulates and exploits as a pretext to promote its expansionist aspirations,” he added.

The Parliament president went on to say that “however these are the facts before us and we should realise their gravity, acting with a sense of responsibility and determination.”

He also pointed out that “it is important to realise that a fair solution to our national problem would be conducive to the broader development and prosperity with the modernization of state institutions and mechanisms, would eradicate corruption and build a rule of law and equality.”

Cyprus has been divided since 1974 when Turkey invaded and occupied its northern third. The last UN-backed talks held in the Swiss resort of Crans Montana ended inconclusively in July 2017. Anastasiades’ meeting with the UN Chief comes as his special envoy Jane Holl Lute failed to broker an agreement between the two sides over the terms of reference, the parametres under which a fresh round of talks could begin, while Ankara has dispatched drill ships for illegal drillings in Cypriot territorial waters.

By In Cyprus
Previous articleWoman missing from her home in Strovolos, Nicosia (pic)
Next articleWho will wear the Emmy crown? New faces battle old favorites for top TV awards