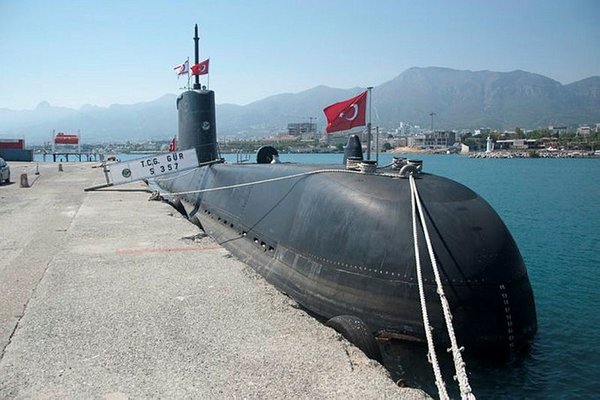 A Turkish submarine has docked at Kyrenia port in Turkish occupied north Cyprus, the Turkish media reports, noting also that this comes as Turkey’s Fatih and Yavuz drilling ships continue their operations in the east Mediterranean.

Sabah newspaper reports that the 62 metre, 400 ton submarine TCG Gür (S-357) will remain Turkish-held Kyrenia until July 8 and is opened to the public to visit.

The Cyprus News Agency reported that this is not the first time a Turkish submarine has docked at Kyrenia. It said the Sakaria had docked there in April as had the Inonu in the beginning of May.

By In Cyprus
Previous articleProtaras: 74 year old Swedish tourist dies while swimming in Protaras
Next articleCyprus registers the second highest NPL ratio in the EU