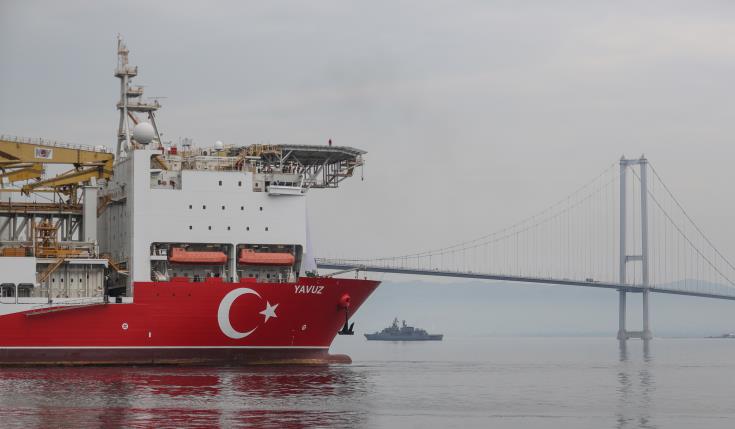 One of Turkey’s oil and gas exploration ships in the eastern Mediterranean will soon begin drilling southwest of Cyprus, Energy Minister Fatih Donmez said on Saturday.

Ankara announced on Thursday that it had sent its Yavuz oil-and-gas drilling ship to waters off southern Cyprus where the Republic of Cyprus has already awarded hydrocarbon exploration rights to Italian and French companies.

Turkey has already drilled two wells in waters to the east and west of the island, triggering strong protests from Nicosia and the European Union in recent months, including EU sanctions.

“Our Yavuz drilling ship has reached the Guzelyurt-1 location. Our ship… will hopefully begin drilling as soon as possible after completing all its preparations,” Donmez said on Twitter.

The ship’s location was unchanged from Friday, Refinitiv Eikon ship tracking data shows. Turkey’s second drill ship, Fatih, has been operating off the west coast of the Cyprus.

Ankara says some of the areas where Cyprus is exploring are either on its own continental shelf or in zones where Turkish Cypriots have equal rights over any finds with Greek Cypriots.

Nicosia rejects the claim, saying that assertion is not only inconsistent with international law, but that Turkey would not accept any international dispute settlement mechanism where its claims could be put to the test.