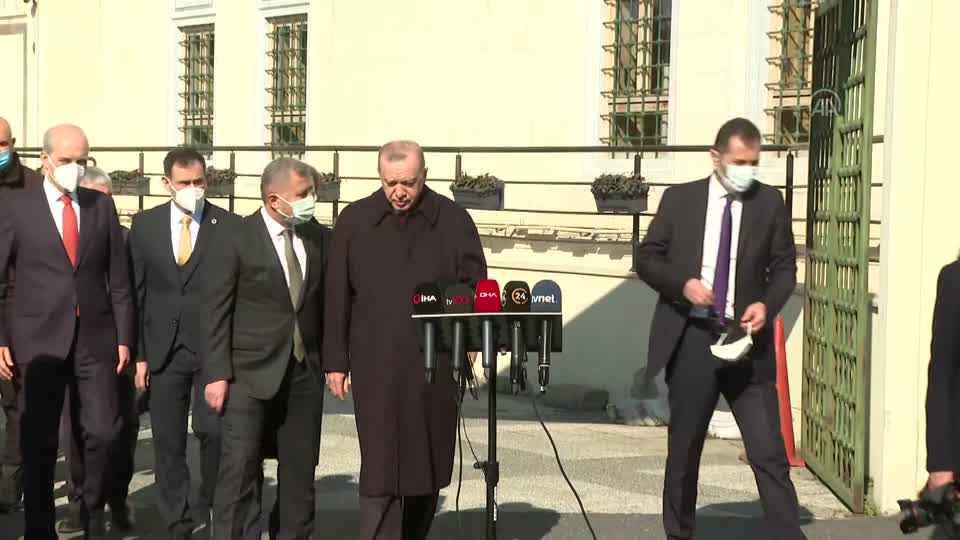 Turkish President Recep Tayyip Erdogan on Friday, Feb. 5, 2021, criticized the US officials’ statements on events at an Istanbul-based university.

On the demonstrations at Istanbul-based Bogazici University, Erdogan said a group of young people was involved in such a game through external provocations.

“Nobody has the right to provoke these houses of knowledge and terrorize these places, and we will not allow this,” he stressed.

Criticizing the US about democracy and human rights, Erdogan drew attention to the police violence in the US.

“I’m saying this to the US: ‘In the name of democracy, do you not feel any shame over the events that took place in America shortly before elections?’, How did everyone threaten each other during the events there?,” he said.

Stressing the increasing racism in the US, Erdogan said: “You (the US) have peaked in racism. How do you explain to the world how your police officers got your black citizens on the ground and killed them?”

The protests erupted in Istanbul against the recent appointment of Bogazici University’s new rector, Mehmet Bulu, with a group of students calling for his resignation.

The demonstrations intensified when two Bogazici University students were remanded in custody for displaying a painting allegedly offensive to Islamic values on university grounds.

According to Interior Ministry spokesman Ismail Catakli on Thursday, a total of 528 people had been detained across 38 provinces since Jan. 4 during the protests.

Two of them were remanded in custody while 390 were released, he said, adding that 108 of those arrested were later released on condition of judicial control.

On Tuesday, Interior Minister Suleyman Soylu said 79 of those arrested were members of terrorist organizations, including the leftist DHKP/C and TKP-ML.

By gavriella
Previous articleTraffic accident on Larnaca-Nicosia road; lane now open
Next articleVaccination appointments for citizens over the age of 80