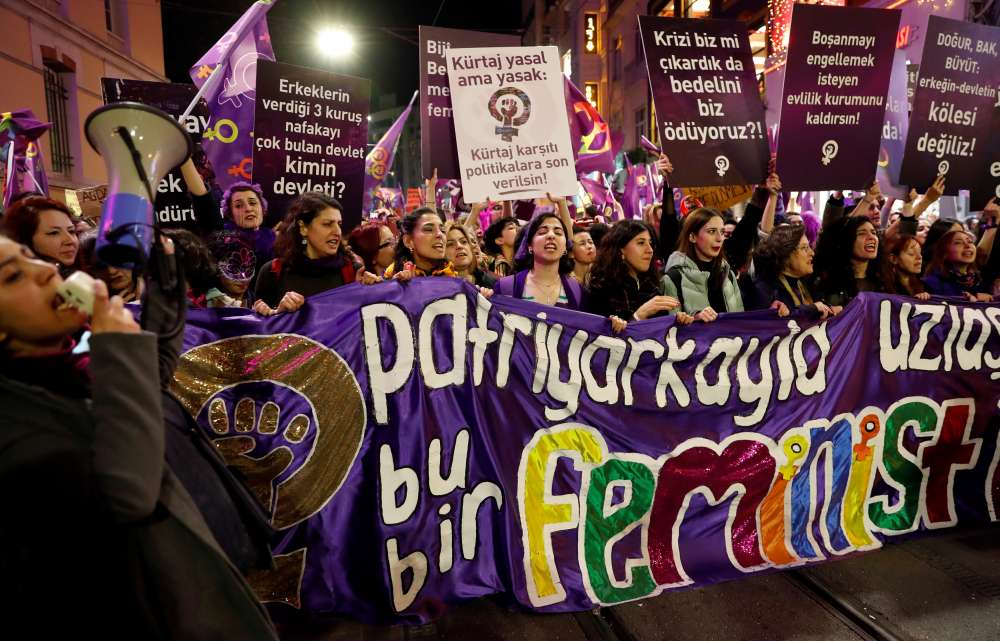 Turkish police fired tear gas to break up a crowd of several thousand women who gathered in central Istanbul on Friday evening for a march to celebrate International Women’s Day, Reuters witnesses said.

The crowd gathered at the edge of the city’s Taksim Square planning to hold a march. Hundreds of riot police blocked their path to prevent them advancing along the district’s main pedestrian avenue.

Police fired pepper spray and pellets containing tear gas to disperse the crowd and scuffles broke out as they pursued the women into side streets off the avenue.

It was not immediately clear if anyone was hurt or if people were detained.

Turkish police regularly prevent the staging of protests in central Istanbul and elsewhere. Ankara tightened restrictions after the imposition of emergency rule following an attempted coup in 2016. The state of emergency was lifted last July.

Earlier on Friday, campaigners for gender equality took to European city streets to mark the day with protests and celebrations.

By In Cyprus
Previous articleCyprus aims to maintain same number of tourists as 2018, says Deputy Minister
Next articleLondon mum gets 11 years for mutilating daughter in landmark FGM trial