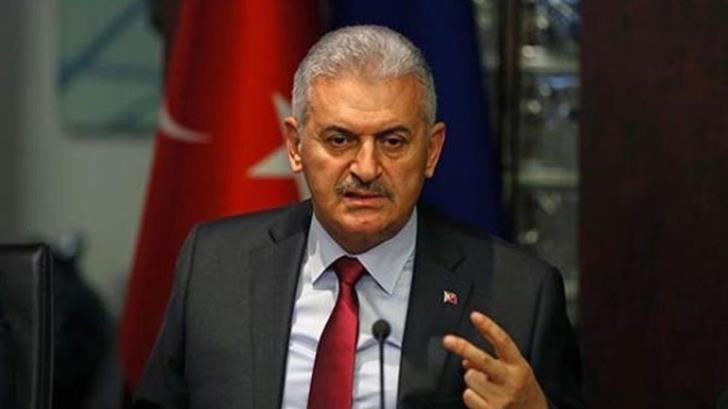 The Cyprus problem has re-emerged to haunt Turkish-EU ties, since Ankara tries to prohibit the Republic of Cyprus from exercising its sovereign right to explore its natural resources.

Cyprus’ problem reached a deadlock since Cyprus became a member state of the EU, the Turkish Prime Minister Binali Yildirim said in a speech he delivered at the Nueva Economic Forum in Madrid. Yildirim also pointed out that Turkey was deeply disappointed at that time, adding that the EU had once again displayed its unfair attitude towards his country.
The Turkish PM stressed that back in 2004, the EU has proposed that Cyprus would become an EU member state only after reaching a solution to Cyprus problem via a referendum held on both the Greek and Turkish sides of the divided island.

‘We provided guidelines to the Turkish Cypriot side and we participated in the YES campaign, while the Greek Cypriots with their vote rejected the plan. And then, in the aftermath of the 2004 referendum and with several critical issues pending, the EU decided to accept Cyprus’ candidacy for membership’, Yildirim said.

Finally, the Turkish Prime Minister repeated that Turkey has been waiting for membership in the EU for more than 60 years.