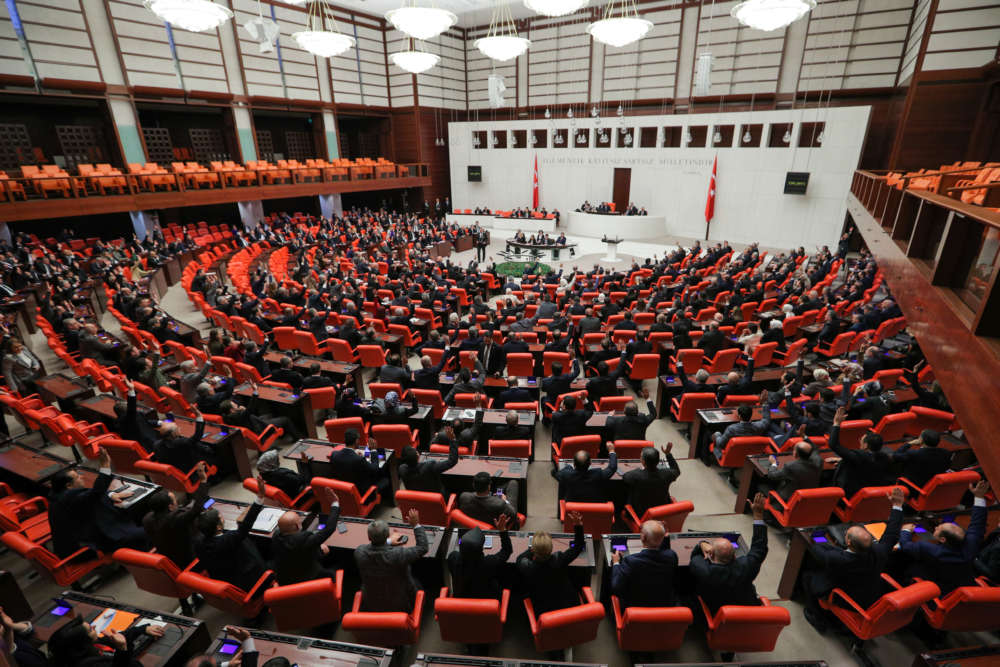 Sentop said the legislation passed with an 325-184 vote in the parliament, where President Tayyip Erdogan’s ruling AK Party and its nationalist allies hold a majority. All major opposition parties in the assembly voted against the bill.