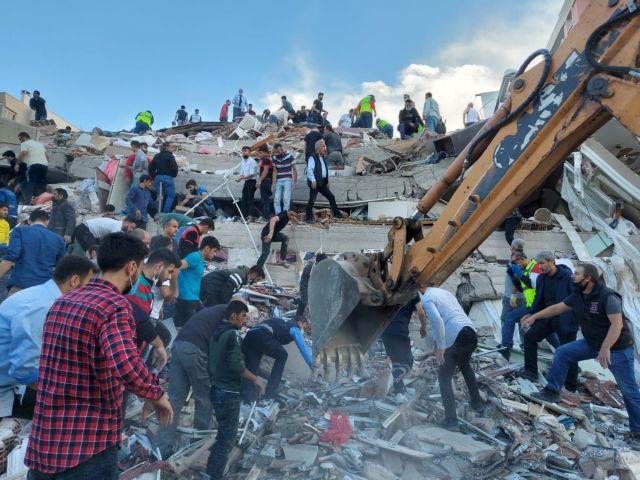 A Turkish mother and three of her children were pulled from under the rubble of a collapsed building where they had been trapped for almost 18 hours, following a powerful earthquake that killed at least 27 people.

Friday’s earthquake flattened at least 20 buildings in the Aegean port city of Izmir, where the rescue took place. Environment Minister Murat Kurum said some 100 people had been freed so far.

Izmir officials said the quake killed 25 people in coastal areas in Turkey’s west, while two teenagers – a boy and a girl – died on the Greek island of Samos after a wall collapsed on them.

More than 800 people were injured in Turkey, and the area had been hit by some 520 aftershocks, the country’s disaster agency said.

Search and rescue operations were complete in eight buildings in Izmir, while they continued in nine others, officials said.