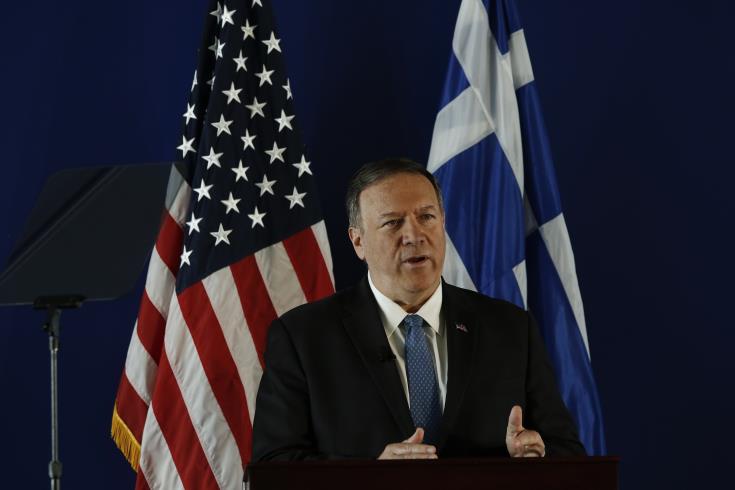 US Secretary of State Mike Pompeo said that the illegal Turkish drillings in the Cyprus’ Exclusive Economic Zone (EEZ) are unacceptable, as they violate international Law.

After his speech at the Stavros Niarchos Foundation Cultural Center, in Athens, Pompeo was asked by journalists whether the USA is planning to proceed to the implementation of sanctions against Turkey due to its illegal operations in the Cyprus’ EEZ.

US Secretary of State responded that Washington will continue its efforts to persuade Turkey that these actions are in nobody’s interest.
“The dispute must not be militarized”, Pompeo said, while adding that the illegal drillings are unacceptable, as they violate the international legality.

By In Cyprus
Previous articleMainly fine, some isolated light showers today and tomorrow
Next articleNorth Korea breaks off nuclear talks with U.S. in Sweden