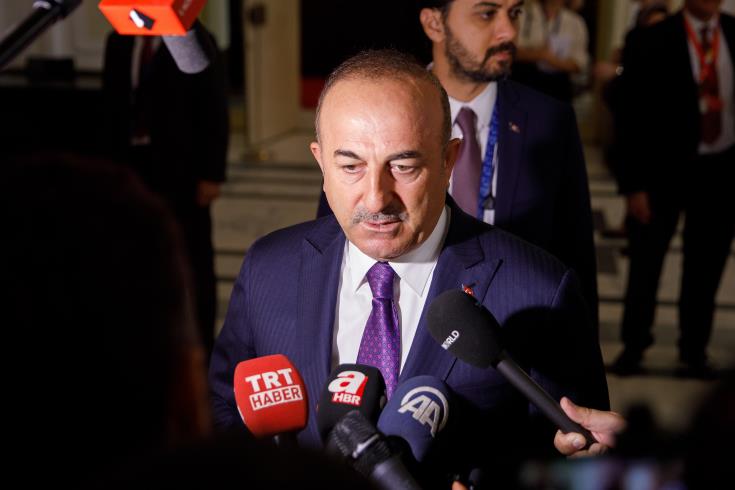 Turkish Foreign Minister, Mevlut Cavusoglu, is seeking to create the ground for dealing with the Cyprus problem outside the framework of the UN decisions and resolutions,  speaking always about other options, even though he does not clearly rule out a federal solution, something which creates concern and may mean that particular consultations will have to take place on the terms of reference issue, a government source had told the Cyprus News Agency (CNA).

The source was commenting Cavusoglu’s post on twitter about his meeting with the UNSG’s special envoy Jane Holl Lute. The Turkish FM noted in his post that he emphasized during his meeting with Lute that “all options are on the table for a permanent solution in Cyprus” and that “in any case, political equality of the Turkish Cypriots is a must!”.

Meanwhile, Government Spokesman, Prodromos Prodromou, told CNA that Nicosia is waiting for Lute to visit the island after her meetings with the three guarantor powers, namely Greece, UK and Turkey.

Responding to questions by CNA, Prodromou said that “on the basis of the consultations that have taken place, it is expected that after her visits to the three guarantor powers Lute will, at a certain point, return to Cyprus” for meetings.

Moreover, he underlined once again that all six parameters of the UNSG’s framework outlined during the Conference on Cyprus, in Crans Montana, should be included in the terms of reference, among which those concerning security-guarantees and the withdrawal of the occupation army.

As regards the forthcoming meetings which the Greek Foreign Minister George Katrougkalos will have with his Turkish counterpart, with whom he will discuss about the Cyprus problem, the Spokesman said that the governments of Cyprus and Greece are always holding consultations and are in coordination. We’ve had consultations this time as well, he noted, adding that the Cyprus government will be briefed about the outcome of these meetings.

He said that the government considers these meetings as positive “as long as they can contribute to the formulation of the terms of reference on the basis of all six parameters of the Guterres’ framework”.

Prodromou said that it is up to the guarantor powers to accept what is provided in the Framework, the replacement of the current system of guarantees with a modern system of security, noting that both Greece and the UK have given their consent to this and therefore what remains is to get Turkey’s consent, “which was unfortunately not given during the Conference in Crans Montana.”

By In Cyprus
Previous articleAir pollution killing more people than smoking, say scientists
Next articleFinish what you started on reforms, IMF tells Greece