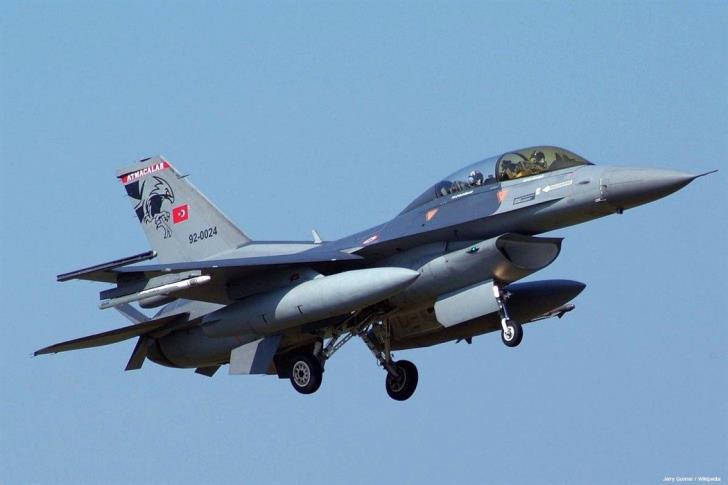 Two Turkish F-16 fighter jets, currently in Turkish occupied north Cyprus to take part in the ‘celebrations’ of the 1974 Turkish invasion, will fly over Pente Mili beach at 2.15 am on Saturday, according to Turkish Cypriot media reports.

The fly over at the beach five miles west of Kyrenia where Turkish troops landed on July 20, 1974 comes within the framework of  the annual ‘Dawn Vigil” events held at the specific location every year, they said.

This will be the first time the jets will be conducting a night flight on July 20, they added.

Meanwhile, according to Turkish Cypriot daily Havadis,  a frigate, a torpedo boat and a submarine of the Turkish naval forces are docked off the occupied port of Kyrenia and open to public visits.

Turkey’s vice president Fuat Oktay is due in the occupied north later today to attend the annual ‘celebrations’. The Turkish Cypriot media said he will be accompanied by Turkey’s Transportation Minister Cahit Turan and the deputy speaker of the Turkish National Assembly, Sureyya Sadi Bilgic.

Other than from Turkey, delegations from other countries such as North Macedonia, Azerbaijan, Jordan and Chad are expected, the Turkish Cypriot media added.