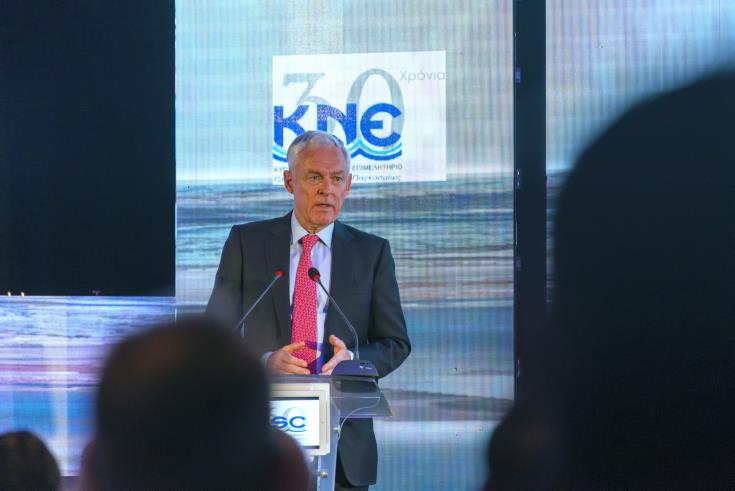 Vice President of the European Community Shipowners’ Associations (ECSA) Claes Berglund has said that unilateral actions, such as the Turkish ban on Cyprus ships, were condemned as strongly as possible by ECSA. He was speaking at the 30th Annual General Meeting of the Cyprus Shipping Chamber, held on Thursday in Limassol.

Berglund said that ECSA is a strong promotor of a rules – based multilateral trade system, governed by institutions such as the World Trade Organization.

“Unilateral actions, such as the Turkish ban on Cyprus ships which many of them belong to European beneficial ownership, hamper the free flow of goods and services or target specific nations to prevent them performing transport services are condemned as strongly as possible by ECSA. Political solutions are strongly supported”, he said.

He added that in this respect, in close cooperation with the Cyprus Shipping Chamber, “ECSA has lobbied various European Institutions, namely, the European Council, European Commission and European Parliament, aiming at lifting this unilateral restrictive action, which harms European Shipping and blocks any possible Accession Process for Turkey into the EU”.

Earlier, Chairman of the International Chamber of Shipping (ICS), Esben Poulsson wished that this problem would be resolved as soon as possible, as it concerns all members of the Cyprus Shipping Chamber.

In their speeches, both officials underlined the role of the Cyprus Shipping Chamber as a “model partner”, pointing out its excellent cooperation and contribution to making important decisions concerning European and international shipping policy making.

Moreover, outgoing President of the Cyprus Shipping Chamber, Themis Papadopoulos, referred to the 30th anniversary from the establishment of the Chamber, its work and contribution, stressing that the biggest challenge was still the illegal Turkish embargo.

He also pointed out that the lift of the illegal embargo would provide a powerful impetus for further development of the entire Cyprus maritime cluster.

He also referred to the challenges for shipping, concerning the implementation of the International Maritime Organization`s decision to further reduce CO2 emissions from January 2020.

It is noted that new President of the Board of Directors of the Cyprus Chamber of Shipping, for the period 2019-2021, is Philippos Philis.