Turkish election board rules in favour of partial Istanbul recount 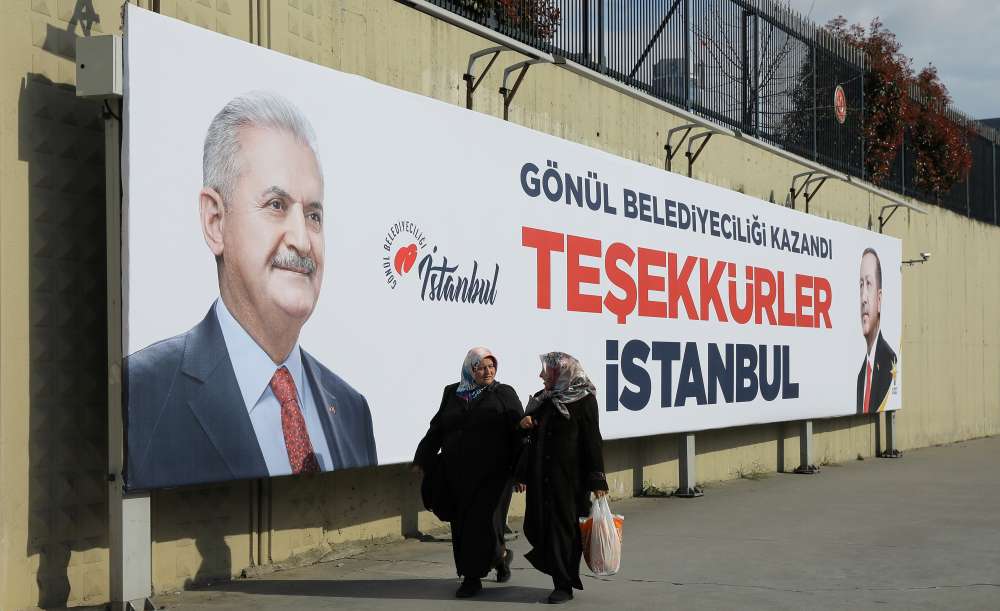 Turkey’s High Election Board ruled on Wednesday in favour of a recount in seven of Istanbul’s 39 districts after an initial count showed the main opposition candidate earned a narrow victory in the city’s local election.

President Tayyip Erdogan’s AK Party submitted objections to election results in all districts of Turkey’s commercial hub Istanbul and capital Ankara as initial results showed it was on course to lose control of both cities.

The election setback may complicate Erdogan’s efforts to combat the economy’s slide into recession.

On Tuesday, the provincial election board in Istanbul had halted a recount sought by the AKP in seven Istanbul districts in response to a challenge by the main opposition Republican People’s Party (CHP).

However the High Election Board (YSK) ruled overnight that the recount of what had been ruled as invalid votes should go ahead in the districts of Sile, Bayrampasa, Atasehir, Umraniye, Beykoz, Fatih and Gaziosmanpasa.

In Istanbul, the mayoral candidate of the main opposition Republican People’s Party (CHP), Ekrem Imamoglu, and his AKP rival, ex-prime minister Binali Yildirim, both said on Monday Imamoglu was around 25,000 votes ahead. Istanbul’s population is 15 million, according to official data.

The AKP filed challenges to results throughout the two cities after saying it would use its right to object to the results where there were voting irregularities, adding that errors at the ballots had affected the outcome.

Ahead of the elections, the CHP had formed an electoral alliance with the Iyi (Good) Party to rival that of the AKP and their nationalist MHP partners. The alliances nominated joint candidates in certain cities, including Ankara and Istanbul.

In Ankara, Yavas received 50.9 percent of votes in Sunday’s vote, ahead of his AKP rival and former minister Mehmet Ozhaseki by nearly 4 percentage points.

Pro-government newspapers on Wednesday said there had been a conspiracy against Turkey in the local elections, with the Star newspaper likening this to an attempted military coup in 2016 and nationwide protests in 2013.

“Who organised the coup at the ballot box,” the front-page headline in Star said. “They wanted to take over the national will through organised theft and cheating methods,” it added.

Yeni Safak newspaper editor Ibrahim Karagul also described the elections as a “coup via elections” and that supporters of the U.S.-based cleric Fethullah Gulen, whom Ankara says carried out the 2016 putsch, were involved.

Karagul said the Istanbul election should be held again.

By In Cyprus
Previous articleCompany offers training for mercenaries in Limassol (photos, video)
Next articleHeritage of Agios Agapitikos