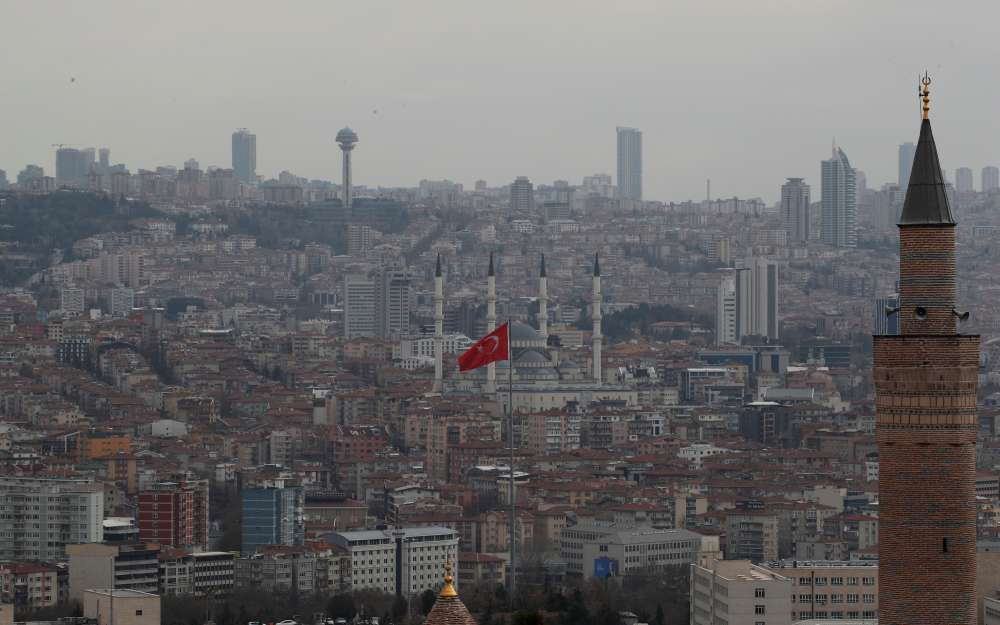 The Turkish economy shrank sharply year on year for the second straight quarter in early 2019, laying bare the impact of a punishing currency crisis and soaring inflation and interest rates against a tense political backdrop.

The major emerging market economy contracted 2.6% in the first quarter after a 3% percent decline in the previous three months, rocked by a fall of more than a third in the value of the lira since the end of 2017.

A burst of government spending before local elections on March 31 helped contain the slump, though a subsequent further selloff in the lira and worsening sentiment could drag on gross domestic product (GDP) again toward the middle of 2019.

“The tightening of financial conditions over the past couple of months has probably resulted in a renewed downturn,” said Capital Economics senior EM economist Jason Tuvey, pointing to a broad market sell-off since late March.

“This reinforces our view that the recovery will be slow and bumpy.”

Last year’s currency crisis, brought on by concerns over a diplomatic row with Washington and doubts about the independence of the central bank, ended years of a construction-fuelled boom driven by cheap foreign capital and characterised by growth rates above 5 percent.

Inflation shot up as the central bank hiked borrowing costs to support the ailing lira.

The lira has come under renewed pressure in recent months as investors fretted about the threat of new U.S. sanctions, uncertainty over local election results, declining central bank reserves and a trend of Turks ramping up foreign holdings.

The lira firmed to 5.85 against the dollar from 5.8825 after Friday’s Statistical Institute data, which compared with a Reuters poll forecast for a first quarter shrinkage of 2.5%

Quarter-on-quarter, the economy returned to growth in the first quarter after a contraction in the second half of 2018, with GDP expanding a seasonally and calendar-adjusted 1.3%.

While some economists said this marked the end of a technical recession and others said two straight quarters of year-on-year contraction showed it had just begun, there was a consensus that Turkey’s economy may well slump again in the current quarter.

The biggest drag in the first quarter was construction activity, down 10.9% year on year, while the industrial and services sectors also shrank.

That result however was later annulled, with a re-run vote set for June 23. The prospect of a second election campaign has hit investor sentiment and weighed on second-quarter data.

“The breakdown of the (GDP) data revealed that, unsurprisingly, the expansion was driven by pre-election stimulus measures,” said Tuvey.

In April, the Purchasing Managers’ Index (PMI) for manufacturing fell to 46.8 from 47.2 in March, while consumer confidence tumbled to 55.3 points in May, its lowest level since the data was first published in 2004.

In a Reuters survey of 19 institutions before the data was released, GDP was predicted to contract 0.1% this year. The International Monetary Fund and the Organisation for Economic Cooperation and Development see it shrinking 2.5%-2.6%.