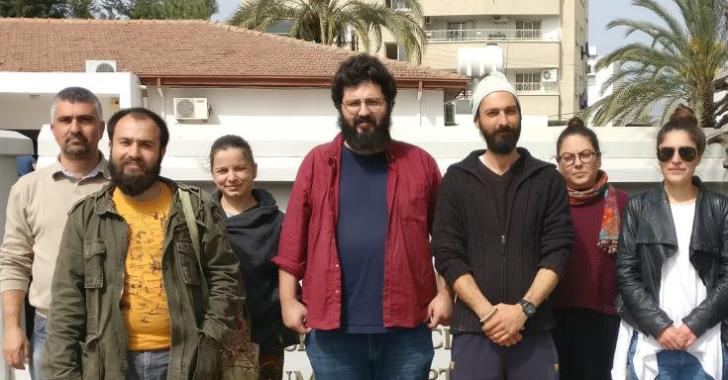 Turkish Cypriot newspaper Vatan reports that conscientious objector Halil Karapasaoglu has filed an appeal against the decision taken by a “military court” in the occupied north to fine him 2,000 Turkish lira for refusing to report for reserve army duty.

According to a statement issued by the Conscientious Objection Initiative, in the appeal, Karapasaoglu’s lawyer noted that the “military court’s” decision violates articles 5 and 9 of the European Convention on Human Rights and the fair trial principle.

Meanwhile, Turkish Cypriot newspaper Yeni Düzen reports that the ten-day-deadline for Karapasaoglu to pay the 2,000 Turkish Lira (335 euro) fine ended today. Karapasaoglu will not pay the fine and will go to prison, the report adds.

In statements to the paper, Karapasaoglu said that he would not surrender. “If the police want, let them come and get me,” he added.

Karapasaoglou was fined 2,000 Turkish lira (335 euro) on January 3 for refusing to report for reserve army duty between 2014-2017 in the Turkish occupied north.

The decision would have been converted into a 20 day prison sentence if the fine was not paid.