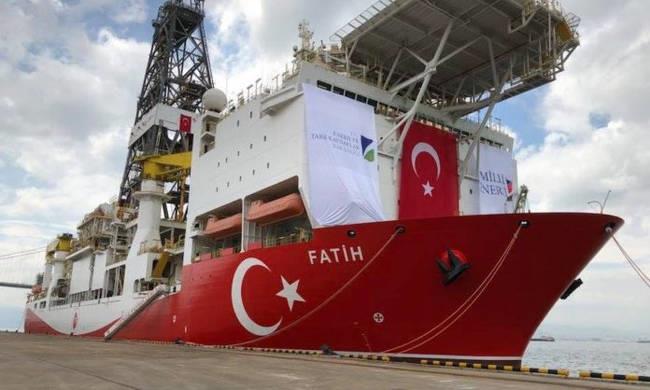 Turkey’s ‘Fatih’ (‘Conqueror’) drilling rig, currently anchored at the port of Antalya, is expected to prepare to launch Turkey’s first major deep-sea drilling in the Mediterranean in the next few weeks.

According to existing information and data published by the Turkish Petroleum Company, Turkey has so far made preparations for two drilling operations in the Alanya 1 and Finike 1 sites. The drilling targets were defined after two-dimensional and three-dimensional seismographic surveys in the framework of the implementation of the projects “FINIKE MAZ 3D Project” and “MERSIN 3D Project”, which preceded a similar illegal project that was implemented in Famagusta bay with two series of seismographic surveys.

Alanya 1 is located between the Turkish resort of Alanya and the Akamas cape, at a distance of 100 km from Akamas. The second drilling will take place in Finike 1 site, located 50 km away from Kastellorizo.

The first drilling will take place shortly before the elections in Turkey on 24 June.