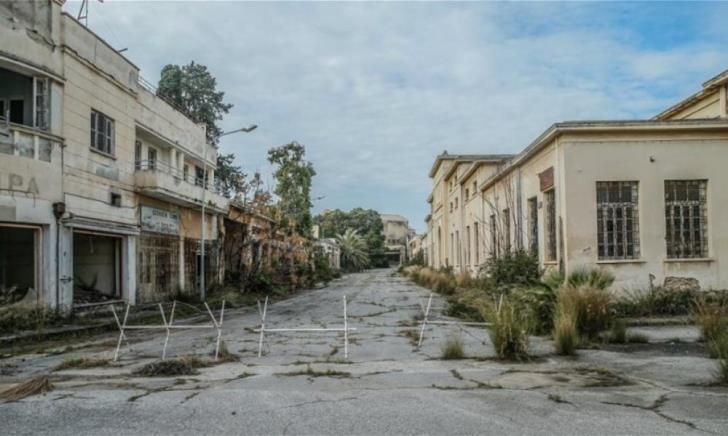 Turkish President Recep Tayyip Erdogan on Sunday plans to ‘celebrate’ the unilateral declaration of independence of breakaway north Cyprus with a visit to the fenced part of Varosha in Famagusta.

He has already called for a ‘picnic’ in Varosha following the provocative move last month of Ankara and the new Turkish Cypriot leader in Cyprus to open the ‘ghost-town’ to visitors.

EU-member Cyprus is divided since a 1974 invasion by Turkey which still maintains troops in the northern part. The UDI took place in 1983.

Nicosia and the displaced inhabitants of Famagusta have already condemned Erdogan’s presence in celebrations for the 37th anniversary of the proclamation of the pseudo-state.

As well as his planned visit around noon to the besieged city of Famagusta – actions which are in complete contradiction with UN Security Council resolutions 550 and 789. And undermine the UN Secretary-General’s efforts to convene an informal five-party meeting on Cyprus.

Actions of this kind do not contribute towards a favourable, positive climate for the resumption of reunification talks, the government has repeatedly said in statements.

At the same time, Famagusta refugees but also friends of the once cosmopolitan city are planning a rally at 1pm on Sunday at the Dherynia crossing overlooking Famagusta city.

This is to protest once again against Ankara’s unacceptable and provocative actions in Famagusta..

The municipality in exile has also released on social media a video by Famagusta refugees addressed to Erdogan.

“You have no right to be in Famagusta, no right to come and rejoice on our sorrow, steal our houses and destroy our lives,” the narrator in the video said.

“Famagusta is not your homeland; it was taken by war at gunpoint,” the narrator also said.

One caption in the end said: ‘This is not a place for picnics Mr Erdogan’.