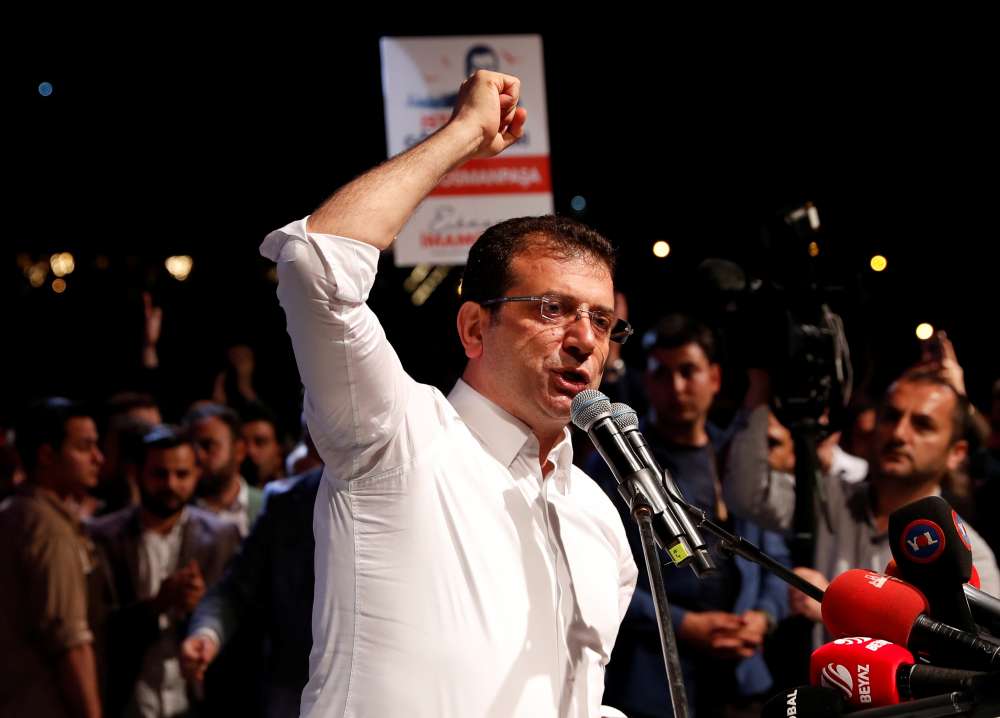 The Republican People’s Party (CHP) also said votes for Istanbul officials and councils, submitted in the same envelopes as the mayoral election, should also be cancelled if the mayoral vote is re-run. Erdogan’s party won a majority in the councils.

After weeks of appeals by the AKP, Turkey’s High Election Board (YSK) ruled on Monday for a re-run of the Istanbul mayoral election, which was dramatically won by the CHP’s Ekrem Imamoglu with a razor-thin margin.

It was the first time in 25 years that the AKP or its Islamist predecessors had failed to win control of Istanbul, Turkey’s largest city with a budget of close to $4 billion. Erdogan himself launched his political career as Istanbul mayor.

In its ruling, the YSK cited irregularities in the appointment of polling station officials. Erdogan’s party said the fact that individuals who were not public servants were appointed to the stations amounted to organised crime.

The YSK left the results for district administrators, municipal councils and local officials unchanged, a decision which the CHP said was nonsense because all four votes were cast in the same envelopes and counted by the same polling officials.

Erdogan said on Tuesday that the elections were marred by “organised irregularity” and added that the decision was an important step towards strengthening democracy.

The YSK has yet to publish its detailed decision with a reasoning, which it is legally obliged to do.