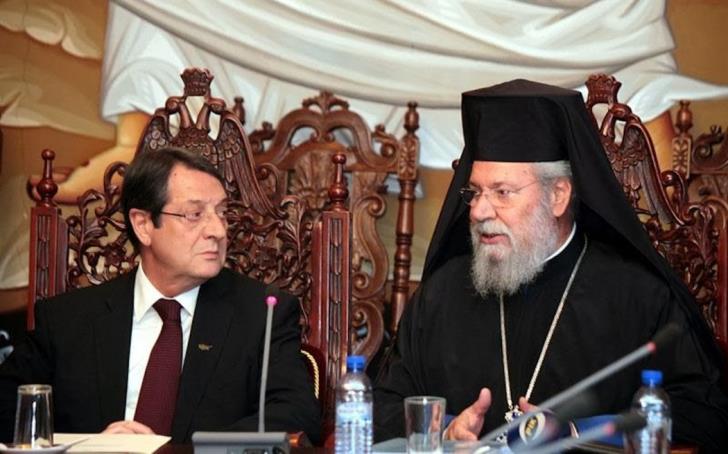 Archbishop Chrysostomos said he was not concerned about a two-state solution because he knew Turkey wanted the entire island.

Talking to reporters during an event for the celebration of his name day on Tuesday, Chrysostomos said reunification does not depend on any Cypriot president, she/he has to deal with Turkey, which currently has a president who embarked on an Islamic course for his country.

“In the past 100 years, Turkey followed a European course but now it has changed and has become Islamic,” he said.

He expressed his belief that Europe, the US, and Russia, do not want this.

On the opening of the Lefka-Apliki and Derynia crossings on Monday, the Archbishop said that it seems that Turkey and the Turkish Cypriots showed good will.

“I would say if they opened Kokkina enclave they would really show good will,” he added.

“There, they are tormenting Kato Pyrgos and three other tiny villages,” he said. Kokkina is a barren place but the Turkish side will not return it because they want to exchange it, he said.

The area is not worth anything and when they exchange it “they will be tricking us,” he said.

He said the Turkish side was acting in bad faith and he did not think that a solution could be found.

“I hope that they’ll prove me wrong but I doubt it.”