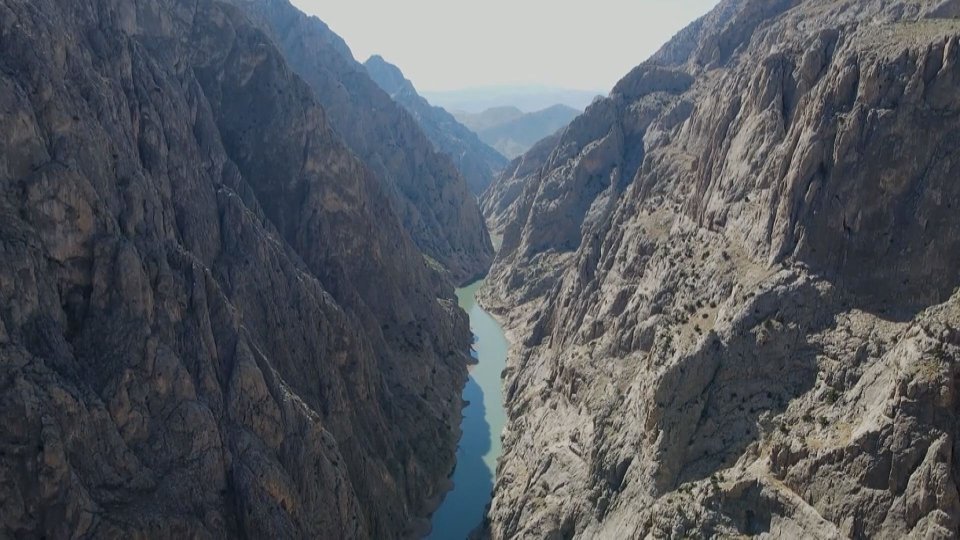 Turkey will build the world’s tallest pedestrian suspension bridge above the world’s second-largest canyon in the eastern province of Erzincan.

A 750-meter-long (2460 feet) and 560-meter-high (1837 feet) bridge is planned to be built in the Dark Canyon, located in the Kemaliye district which is on the UNESCO’s World Heritage Tentative List.

Located on the caravan routes of the Silk Road, the historic town is an important trade center within the region over time.

The town is also blessed with unique natural elements.

The Karanlik (Dark) Canyon in the town is spread over 35 kilometers (21.7 miles). It is among the five deepest canyons in the world with a depth of 1,000 meters.

The canyon draws thousands of adrenalin seekers every year.

The officials expect that more tourists, the athletes in the sports of base jump and wingsuit flying.

Certificates will be given to brave people who pass the bridge.

After the construction of the bridge, which will accelerate the tourism of the country and the region, the tourists will be able to walk or off-road on the Stone Road, one of the “most dangerous roads” in the world with sharp hairpins and bends in the Dark Canyon between Kemaliye and Divrigi.

Kemaliye District Governor Emre Yesilbas said “We anticipate that when its construction is completed, adventure lovers, nature lovers and extreme sports enthusiasts from around the world and Turkey will come here.

Ferudun Celikmen, Head of Kemaliye Culture and Development Foundation, said they believe that the “Sirat on the Euphrates” suspension bridge will host 1 million tourists a year when it is completed.

“It will be Turkey’s first engineering work to enter the Guinness Book of Records. In this aspect the project excites us,” said Celikmen.

“This bridge and similar thematic bridges will increase people’s passion for nature and their desire to return to nature. This should be the aim in our country as well. It should be to discourage people from migrating to big cities, to ensure a healthy and comfortable life in their ancestral lands,” he added.

The historic town of Kemaliye is located in the northwest of the Eastern Anatolian Region, and to the southwest of the Erzincan province which lies in the Upper Euphrates. The Karasu tributary of the Euphrates, which is the longest river of Southwest Asia, flows through the east of Kemaliye.

Dark Canyon which is among the top five deep canyons in the world occasionally serves as a wingsuit flying spot.