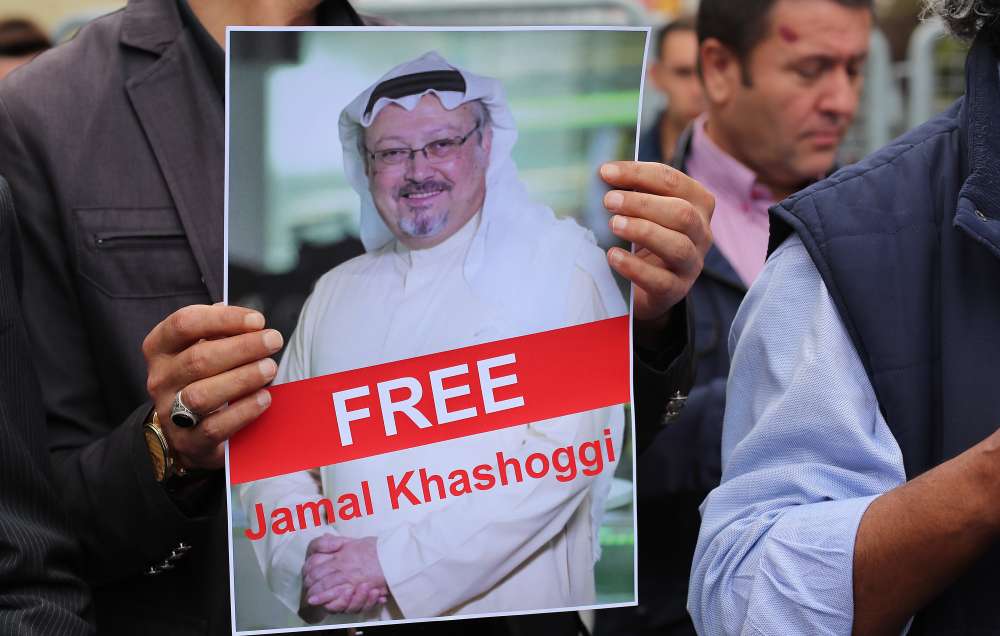 Turkish President Tayyip Erdogan on Monday called on Riyadh to prove its claim that Saudi Arabian journalist Jamal Khashoggi, who has been missing since last week, left the Saudi consulate in Istanbul, while the Washington called on Saudi Arabia to support an investigation into his disappearance.

The disappearance of Khashoggi, previously a prominent newspaper editor in Saudi Arabia and an adviser to its former head of intelligence, has sparked global concern, particularly after Turkish sources said over the weekend that authorities believed he was killed inside the consulate.

Khashoggi left Saudi Arabia last year, saying he feared retribution for his criticism of Saudi policy in the Yemen war and its crackdown on dissent. He entered the consulate in Istanbul last Tuesday to get documents for his forthcoming marriage. Saudi officials have said that he left shortly afterwards but his fiancée, who was waiting outside, said he never appeared.

“We have to get an outcome from this investigation as soon as possible. The consulate officials cannot save themselves by simply saying ‘he has left’,” Erdogan told a news conference in Budapest, where he is on an official visit.

Erdogan, who said he was personally following the case, added that Turkey had no documents or evidence regarding the case.

Saudi Ambassador to the United States Prince Khalid bin Salman, the Saudi Crown Prince’s brother, echoed these comments in a statement, adding that his country has sent a security team, with Turkey’s approval, to assist in the investigation.

U.S. President Donald Trump, in the first expression of concern by his administration on Khashoggi’s disappearance, said he was troubled by reports about the journalist’s fate.

“I am concerned about it. I don’t like hearing about it. And hopefully that will sort itself out. Right now nobody knows anything about it, but there are some pretty bad stories going around. I do not like it,” he told reporters at the White House.

U.S. Secretary of State Mike Pompeo acknowledged the conflicting reports about the safety and whereabouts of Khashoggi. He said that senior state officials have been in communication with Riyadh.

“We call on the government of Saudi Arabia to support a thorough investigation of Mr. Khashoggi’s disappearance and to be transparent about the results of that investigation,” he said. Vice President Mike Pence said, “Violence against journalists across the globe is a threat to freedom of the press & human rights. The free world deserves answers” in a Tweet on Monday evening.

Khashoggi is a familiar face on political talk shows on Arab satellite television networks and used to advise Prince Turki al-Faisal, former Saudi intelligence chief and ambassador to the United States and Britain.

His disappearance is likely to further deepen divisions between Turkey and Saudi Arabia. Relations were already strained after Turkey sent troops to the Gulf state of Qatar last year in a show of support after its Gulf neighbours, including Saudi Arabia, imposed an embargo on Doha.

A Turkish official said Saudi Arabia’s envoy to Ankara had been summoned to the foreign ministry for a second time on Sunday. “It has been conveyed to him that we expect full coordination in the investigation process,” the official said.

The two Turkish sources told Reuters that Turkish authorities believe Khashoggi was deliberately killed inside the consulate, a view echoed by one of Erdogan’s advisers, Yasin Aktay, who is a friend of the Saudi journalist.

Erdogan told reporters on Sunday that authorities were examining camera footage and airport records as part of their investigation.

Saudi Arabia’s consul in Istanbul opened his mission to Reuters on Saturday in an effort to show that Khashoggi was not on the premises.