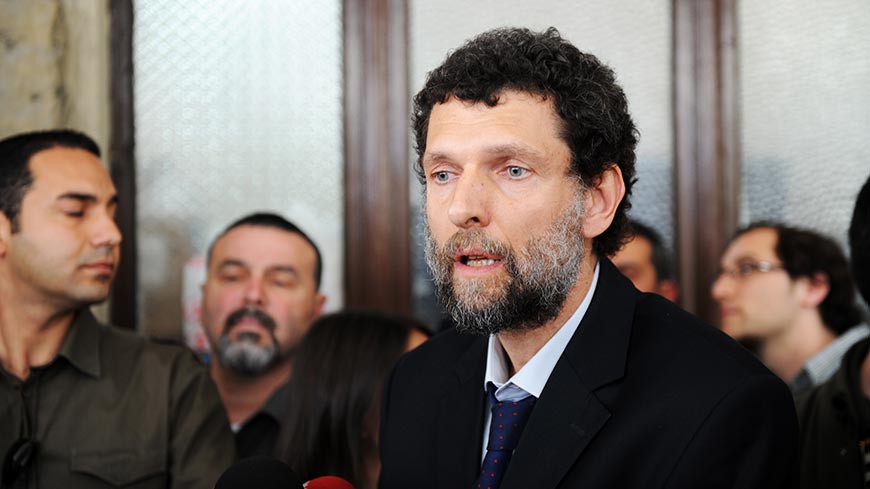 Turkey’s Foreign Ministry summoned the ambassadors of 10 countries, including the United States, Germany and France, over a statement calling for the release of philanthropist Osman Kavala, state-owned Anadolu agency said on Tuesday.

Kavala has been jailed for four years without being convicted, despite the European Court of Human Rights calling for his release.

He was acquitted in 2020 of charges related to nationwide protests in 2013 but the ruling was overturned this year and combined with charges in another case related to a coup attempt in 2016.

Rights groups have described the trials against Kavala as symbolic of a crackdown on dissent under President Tayyip Erdogan.

The embassies called for a just and speedy resolution to Kavala’s case on Monday, four years after he was jailed.

“The continuing delays in his trial, including by merging different cases and creating new ones after a previous acquittal, cast a shadow over respect for democracy, the rule of law and transparency in the Turkish judiciary system,” they said.

“Noting the rulings of the European Court of Human Rights on the matter, we call for Turkey to secure his urgent release,” the embassies said.

The embassies of Canada, Denmark, Germany, the Netherlands, Norway, Sweden and the United States of America shared the statement on Twitter.

The statement also mentioned France, Finland and New Zealand but Reuters could not independently verify them.

“Ambassadors making a recommendation and suggestion to the judiciary in an ongoing case is unacceptable,” he said on Twitter.

“Your recommendation and suggestion cast a shadow on your understanding of law and democracy,” Soylu said.

The Council of Europe has said it will begin infringement proceedings against Turkey if Kavala is not released.

The next hearing in the case against Kavala, who has denied all charges, and others will be held on Nov. 26.