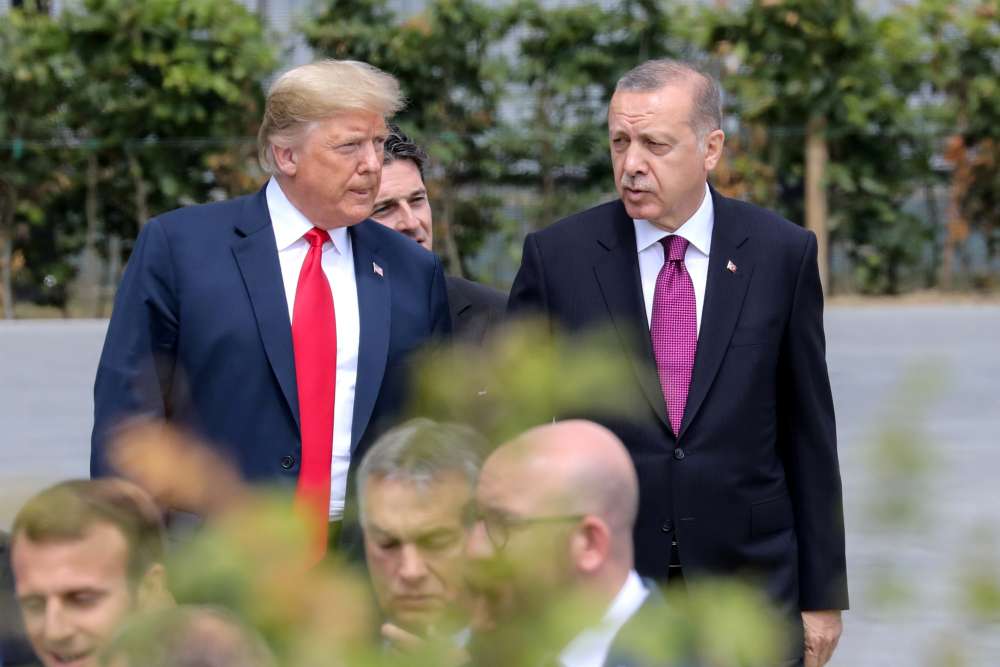 The White House said on Thursday it was terminating Turkey’s eligibility for the Generalized System of Preferences (GSP) programme, given its level of economic development. It also halved tariffs on Turkish steel imports to 25%.

“Lowering the tariffs to 25% from 50% is positive, but we expect the lifting of all obstacles to bilateral trade,” Pekcan wrote on Twitter, saying they affected U.S. companies, too. She said she work would continue to boost the trade volume.

The United States imported $1.66 billion worth of goods in 2017 from Turkey under the GSP, or 17.7 percent of total imports from Turkey, the U.S. Trade Representative website said. Imports include vehicles, vehicle parts, jewellery and precious metals.

The United States had begun reviewing the NATO ally’s status in the programme last August when the two countries were embroiled in a diplomatic row. Ankara had been hopeful that Washington would not go ahead with the move, saying it ran contrary to the two countries’ trade goals.

Turkey was one of 120 countries that participate in the GSP, the oldest and largest U.S. trade preference programme. It aims to promote economic development in beneficiary countries and territories by eliminating duties on thousands of products.

The pastor was released last October, but the friction in part sparked a currency crisis that tipped Turkey’s economy into recession last year, knocking nearly 30 percent off the lira’s value over the year as a whole.

The lira has weakened as much as 15 percent further this year, partly from concerns about a re-run of the Istanbul mayoral election and the risk of U.S. sanctions. It fell again on Friday after the latest U.S. moves.

“The U.S. decisions were negatively priced, but the decisions do not have a clear economic impact,” said a treasury desk trader at one bank. “Markets will monitor political statements regarding relations between the two countries, given the risks that they have recently entailed.”

Ties between Ankara and Washington remain tense over disagreements ranging from Turkey’s planned purchase of a Russian S-400 missile defence system, which could trigger sanctions, to diverging interests in Syria.

U.S. officials say Turkey’s planned purchase of the S-400s would jeopardise its role in building F-35 fighter jets as well as its purchase of the aircraft, which Washington says would be compromised by the Russian system.

Turkey wants the United States to extradite Fethullah Gulen, a Pennsylvania-based Muslim cleric who Turkish authorities say masterminded the 2016 coup attempt against Erdogan in which 250 people were killed. Gulen denies the allegation.