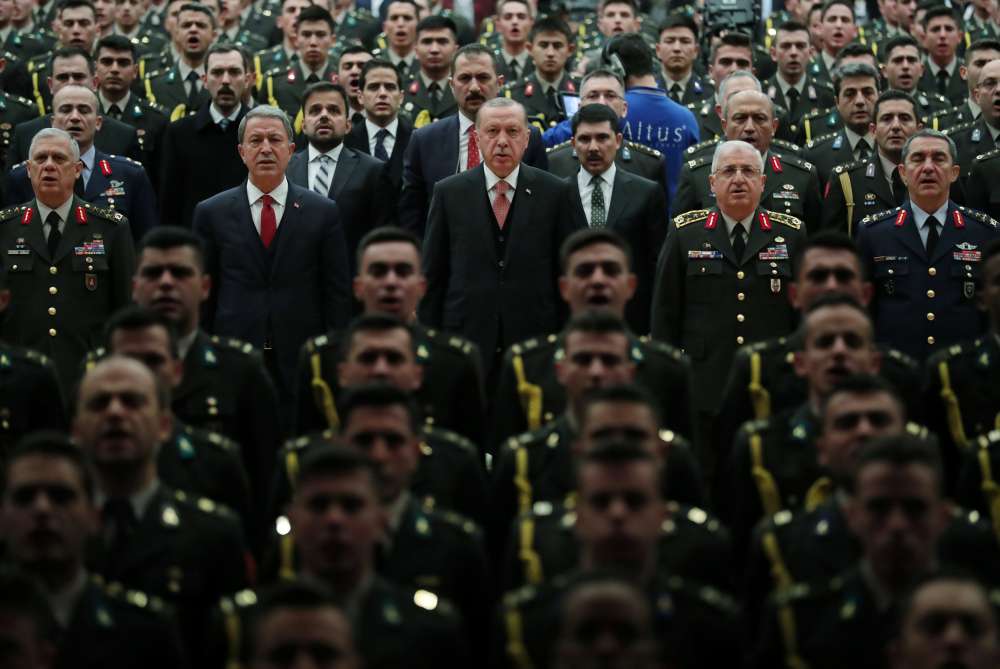 Turkey ordered the arrest of 295 serving military personnel on Friday, the prosecutor’s office said, accusing them of links to the network of U.S.-based Muslim cleric Fethullah Gulen, who Ankara says orchestrated a 2016 attempted coup.

Those facing detention included three colonels, eight majors and 10 lieutenants, with around half of the suspects being in the army and the remainder in other military forces including the navy and air force, the statement said.

The prosecutor’s office said police launched simultaneous arrest operations at 1:00 a.m. (2200 GMT) under an investigation into pay phone calls between suspected Gulen operatives. It was not clear how many suspects have been detained so far.

About 250 people were killed in the failed putsch, in which Gulen, a former ally of President Tayyip Erdogan, has denied involvement. Gulen has lived in self-imposed exile in Pennsylvania since 1999.

More than 77,000 people have been jailed pending trial since the coup and widespread arrests are still routine. Authorities have suspended or sacked 150,000 civil servants and military personnel.

Turkey’s Western allies have criticised the crackdown, with Erdogan’s critics accusing him of using the putsch as a pretext to quash dissent. Turkish authorities say the measures are necessary to combat threats to national security.

Cyprus' municipal solid waste per inhabitant is one of the highest in the EU, according to data released on Tuesday by the island's Statistical...
Read more