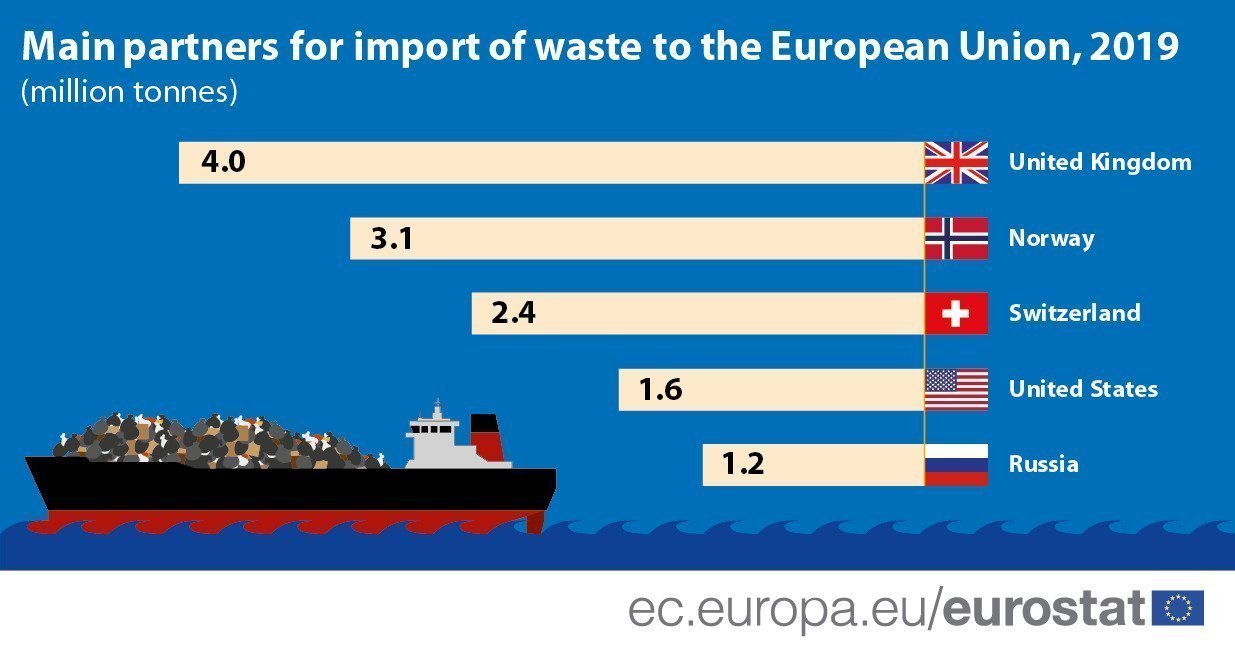 The EU also receives waste from countries outside the EU. The largest volume of waste was imported from the United Kingdom, amounting to 4.0 million tonnes in 2019. This was a fall of close to 12% from 2018, down to the lowest level since recording started in 2004.