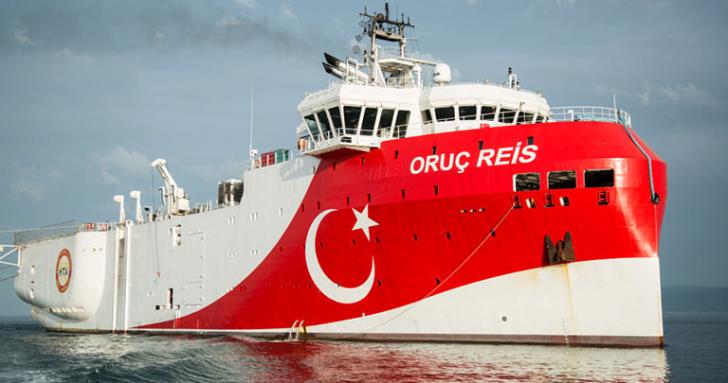 Turkey said on Saturday it was extending the naval maritime notice (Navtex) of its Oruc Reis ship until 29 November.

Along with two other ships, the Ataman and Cengiz Han, Oruc Reis will remain in an area west of Cyprus for seismic survey work in a move that could add to tensions in the region, Reuters has said.

NATO members Turkey and Greece are locked in a dispute over the extent of their continental shelves and conflicting claims to hydrocarbon resources in the eastern Mediterranean, Reuters notes, adding that the row erupted in August when Turkey sent Oruc Reis into waters also claimed by Cyprus and Greece.

Ankara pulled the vessel out in September to allow for diplomacy with Greece, but then sent it back to the area, prompting an angry reaction from Cyprus, Greece, France and Germany.

The ship had been expected to finish its work by 23 November.