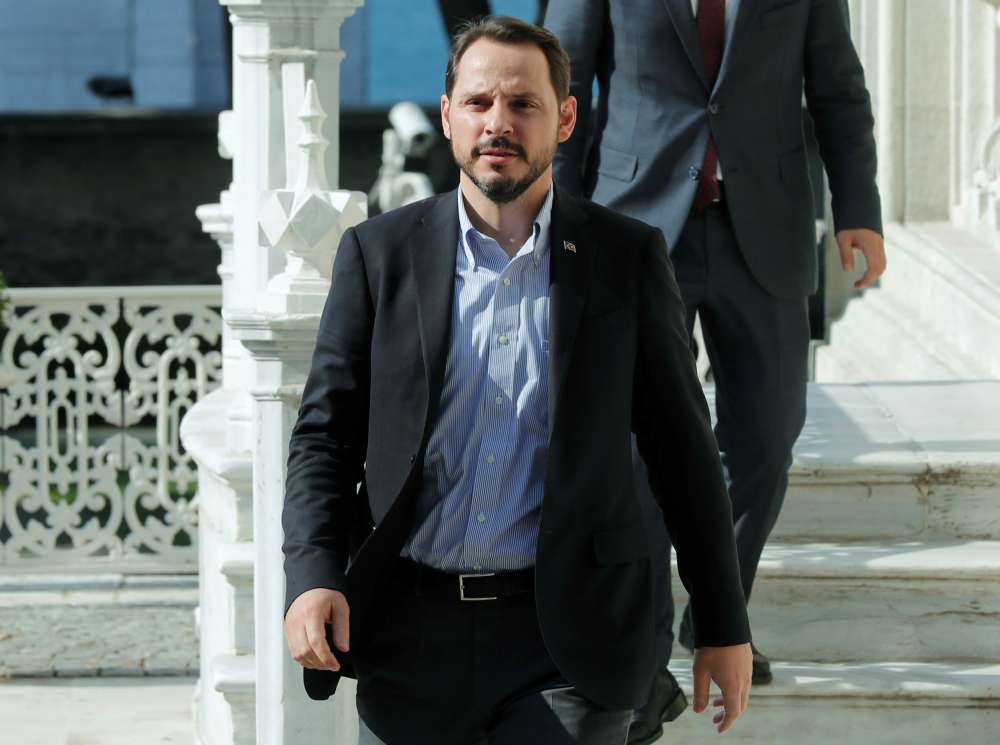 A U.S. law firm hired by Turkey to look into state-owned Halkbank’s dealings with Iran found that it did not violate U.S. sanctions, Turkey‘s finance minister told Reuters, and Ankara does not expect the bank to face any fine.

Law firm King and Spalding and data firm Exiger carried out the investigation after a Halkbank executive was charged in New York last year with taking part in a scheme to help Iran evade U.S. sanctions.

The executive was found guilty and sentenced in May to 32 months in jail, a decision whichTurkey dismissed as politically motivated.

“All Iran foreign trade related data, emails and related documents required for the investigation were presented for examination for the U.S. firms,” Treasury and Finance Minister Berat Albayrak said.

“As a result of a months-long independent examination, it has been established that the bank had not violated primary and secondary U.S. sanctions against Iran.”

“We do not expect a fine on Halkbank,” he added, predicting that the bank would emerge “completely clean” from the process. “Anything otherwise would be a completely political decision.”

Referring to Turkey‘s wider standoff with the United States, Albayrak said Washington had taken it to a point that did not benefit “the U.S. state or people”.

A dispute over the detention and trial on terrorism charges of a U.S. evangelical pastor prompted President Donald Trump to impose sanctions on two Turkish ministers and double tariffs on Turkish metal imports.

The two NATO allies are also divided over policy in northern Syria, Ankara’s plans to buy a Russian missile defence system and new U.S. demands for countries to halt oil purchases from Iran, a major source of Turkey‘s energy imports