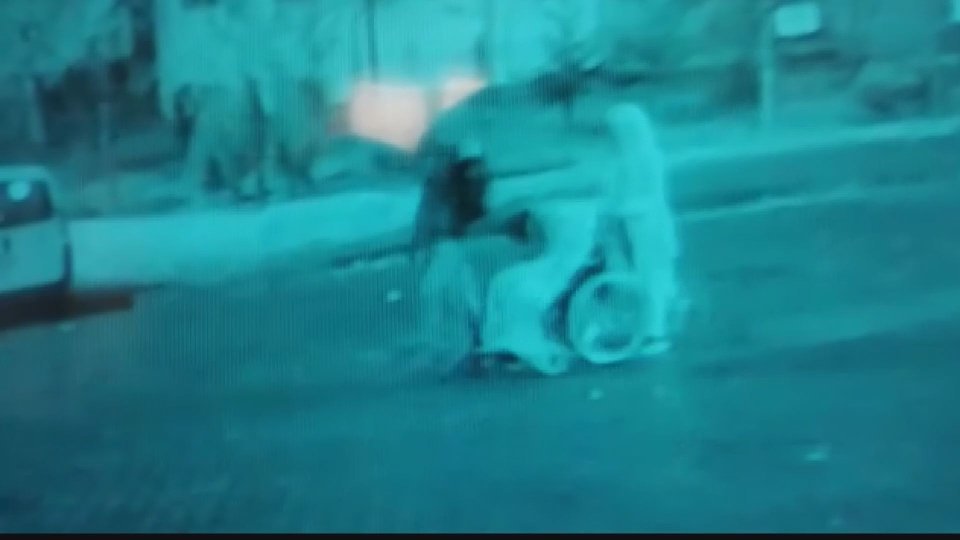 A security camera captured the Daesh/ISIS suspects while they were carrying a member of the terror group, who was executed, in a wheelchair in order not to attract attention.

Recently, the Turkish security forces increased their anti-terror operations against the terror group.

The Turkish security forces carried out some simultaneous anti-terror operations around the country to arrest the members of the terror group who collect money to distribute aid to the relatives of the terrorists, who died in the conflicts in Syria and Iraq.

In one of the anti-terror operations conducted in the capital Ankara, the chief public prosecutor’s office in Ankara seized footage showing the brutality of the terrorist group

In the footage, the Daesh/ISIS suspects were carrying a member of the terror group, who was executed, in a wheelchair in order not to attract attention.

The executed member by the terrorists was a foreign national, said a security source who requested anonymity due to restrictions on speaking to the media.

Meanwhile, today, in anti-terror operations against Daesh/ISIS around the country, at least 29 people, most of them foreign nationals, have been arrested so far over their alleged links to the terror group.

In 2013, Turkey became one of the first countries to declare Daesh/ISIS a terrorist group.

The country has since been attacked by Daesh/ISIS terrorists multiple times, with at least 10 suicide bombings, seven bomb attacks, and four armed attacks that killed 315 people and injured hundreds more.