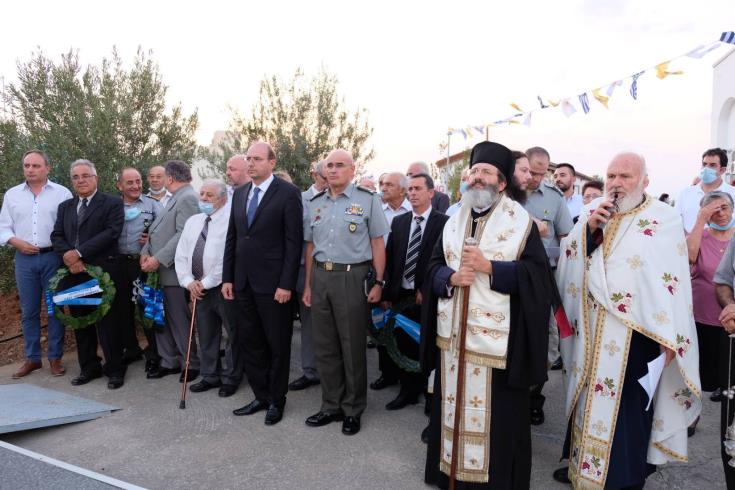 By ignoring the international law, Turkey creates great tension in its relations with Greece and Cyprus, continues its illegal actions in the Republic of Cyprus Exclusive Economic Zone (EEZ) while at the same time it shows its real expansionist and offensive intentions as regards Famagusta and Greece’s continental shelf, Cyprus Defence Minister, Charalambos Petrides, has said.

Speaking during a memorial service on Saturday, Petrides noted that the resumption of the talks on the Cyprus problem from where they were suspended in Crans-Montana remains a firm and non-negotiable position.

He said that the current state of affairs cannot constitute the settlement of the Cyprus problem and that the aim of any new effort can be no other than the achievement of a comprehensive solution of the problem on the basis of a bi-zonal, bi-communal federation, as provided by the UN Security Council resolutions and according to the principles of the international law and the EU acquis.

“We want a settlement that is fully compatible with our EU membership,” he underlined.

To this end, he added, “we turn to the international community and the European family, and we denounce Turkey’s illegal actions.”

He also recalled that the heads of the seven Mediterranean EU member states (MED7) expressed in their recent Joint Declaration their full support and solidarity with Greece and Cyprus, sending a clear message to Turkey.

If Turkey really wants a sincere dialogue with Cyprus, Greece and the EU it must prove this in practice, he underlined.

Petrides also said that the ongoing threats and provocative announcements of Turkey and the Turkish Cypriot puppet regime as regards the fenced off city of Famagusta are opposed, among others, to the relevant UN Security Council resolutions.

He noted that despite the current deadlock the Cyprus government, and first of all President Nicos Anastasiades, is working to terminate the occupation and to achieve  the country’s reunification.