Turkey continues to violate UN resolutions in Cyprus, Nicosia tells a discussion at the UN 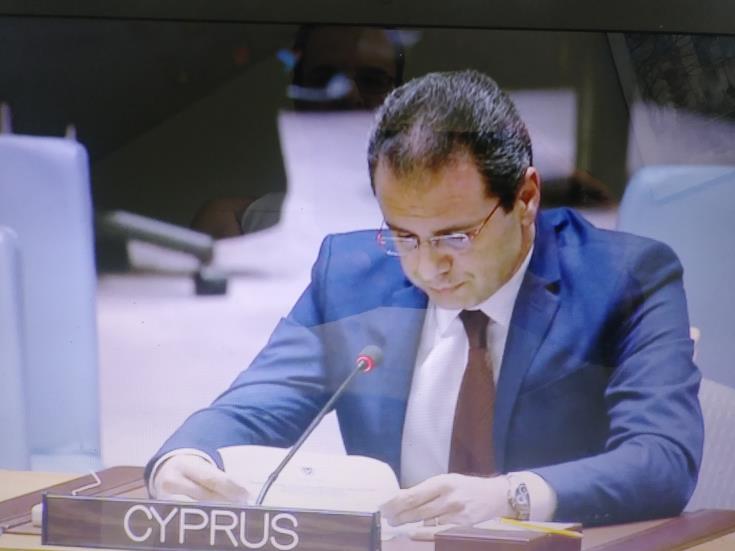 Turkey continues to violate UN Security Council resolutions, Deputy Permanent Representative of Cyprus at the UN, Menelaos Menelaou has said, addressing the open discussion at the UN Security Council on the respect of international law that was organized by the Polish Presidency of the UNSC.

Menelaou said that if the principles of international law were respected by Turkey, then the Cyprus problem would not have existed.

Cyprus, he added, is committed to international law. Referring specifically to the Law of the Sea Convention, he said this UN agreement must be respected and condemned Turkey’s illegal actions and threats against Cyprus` sovereign rights, saying that they jeopardise peace and stability in a region which is already vulnerable.

Referring to Gaza, Menelaou expressed great concern over recent developments, saying that there is an urgent need to resume the peace process, in order to create two states. Concluding, he said that Cyprus believes that the status of Jerusalem must be defined through talks on the basis of the relevant UN resolutions.