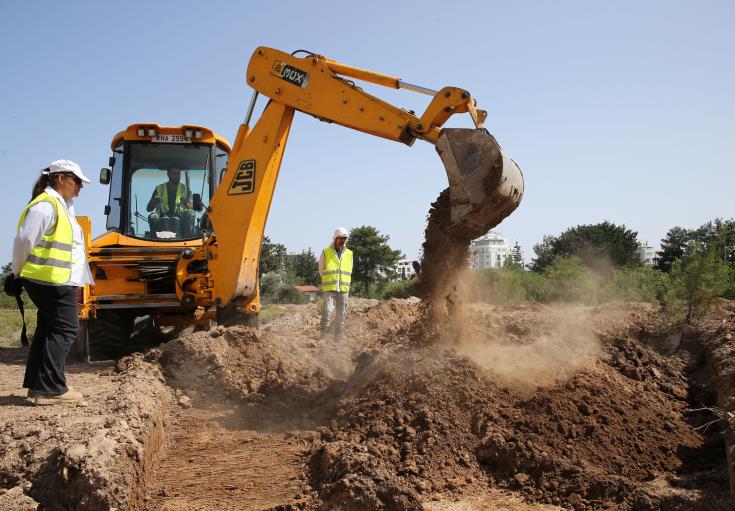 Ankara continues to put obstacles to the work of the Committee on Missing Persons (CMP) in Turkish-occupied Cyprus, even in areas where there is agreement to search for missing persons, says Presidential Commissioner Fotis Fotiou.

In 2018, CMP received permission to proceed with excavations in agreed “military zones” in the occupied areas only last December, a month before the end of the year, Fotiou told CNA.

A meeting of the Committee of Ministers of the Council of Europe will take place next week in Strasbourg and the issue of missing persons will also be discussed. Ahead on the meeting, Fotiou stated that the Republic of Cyprus “will continue to support the work of CMP because we believe that it comprises one of the important tools to resolve the issue of missing persons.”

He added, however that “without the cooperation of the occupation force, CMP will not be able to do its work based on its mandate.”

Despite its past pledges, Turkey categorically refuses to open its military archives, the Presidential Commissioner said. He added that archives contain information on mass graves, as well as on the collection of bodies from the battlefields in the summer of 1974, particularly around Kyrenia in the northern coast of Cyprus. More light is also expected to be shed on the issue of relocated remains, which Fotiou described as Turkey’s other big crime in Cyprus.

Furthermore, he said that CMP’s unhindered access is not guaranteed in the occupied part of Cyprus, with excavation teams facing problems even in areas where there is agreement to search for missing persons.

We are concerned about the dramatic drop in discoveries of remains belonging to missing persons in the occupied areas, said Fotiou and called on Turkey to cooperate on this humanitarian issue.

Another source with knowledge on this issue told CNA that the work of CMP would be particularly reinforced if Turkey disclosed information on mass graves containing the remains collected from the battlefields in the summer of 1974.

“Half of the 800 or so Greek Cypriot missing persons that we are looking for, were certainly collected from the battlefields” he said, underlining the importance of securing Turkey’s cooperation over this particular matter.

Cyprus has been divided since 1974, when Turkish troops invaded and occupied its northern third. Hundreds of Greek Cypriots went missing during the 1974 Turkish invasion of Cyprus, most of them combatants but also women, children and elderly people. During the same period and in the early 1960 when intercommunal fighting broke out Turkish Cypriots went missing too.