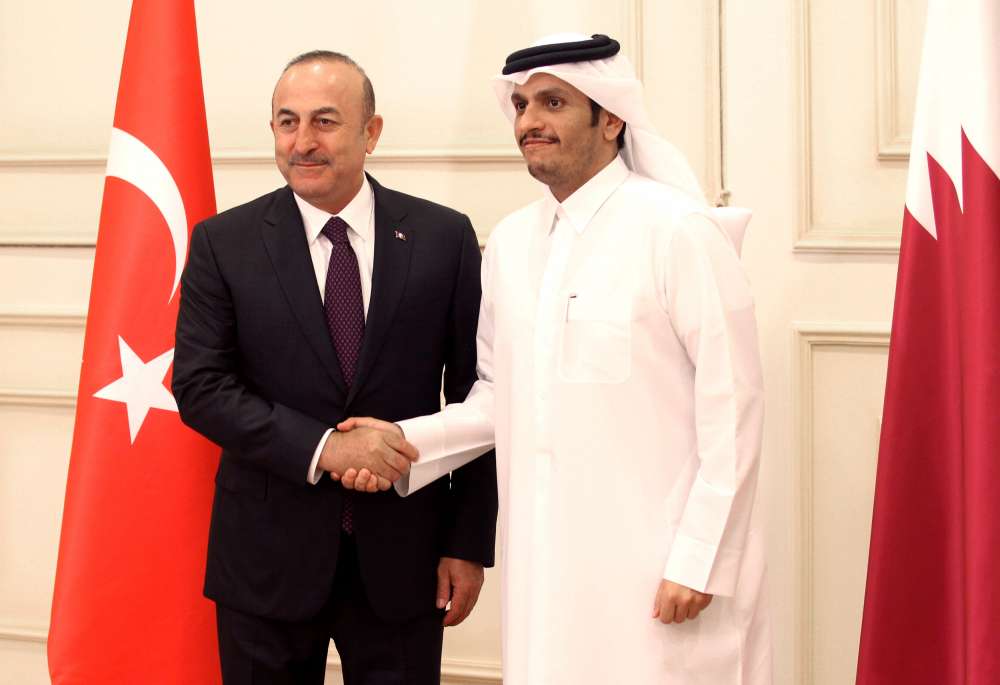 Turkey aims to deepen ties with Saudi Arabia in all aspects, Foreign Minister Mevlut Cavusoglu said according to a prepared text of his speech to parliament on Wednesday.

Cavusoglu, who was presenting his ministry’s budget to lawmakers, left out several sections of the text when he spoke, including the reference to Saudi Arabia.

Le Drian had questioned remarks by Erdogan at the weekend in which he said Turkey gave tapes relating to Khashoggi’s killing to the United States, Saudi Arabia, Germany, France and Britain.

Le Drian said he was not aware that France had any tapes. Asked if Erdogan was lying, he said: “He has a political game to play in these circumstances”.

That prompted a furious response from Ankara, which insisted it had shared evidence with Paris and said Le Drian’s comments were unacceptable.

“Our intelligence shared information with them on Oct 24, including the voice recordings,” Foreign Minister Mevlut Cavusoglu said. “It is very impudent for them to accuse our president of playing political games.”

“What’s behind the remarks of the French foreign minister? I wonder if they are trying to cover up the murder,” he added.

The furious Turkish remarks towards France were the most direct public expression yet of a concern in Ankara that Western countries with close commercial relations with Riyadh might soft-pedal their response to the Khashoggi killing.

Seeking to clarify Le Drian’s comments, a senior French diplomat later said the minister never commented on intelligence shared between countries and that he was neither confirming or denying French officials having listened to recordings.

“What counts for us is to establish the complete truth … whatever one may think of the recordings the entire truth can’t be based on the Turkish recordings. We are still waiting for elements from the Saudis,” the diplomat said.

The dispute between Ankara and Paris may hinge on Erdogan’s account that Turkey “gave” recordings to the other countries. Turkish officials said instead that France had been allowed to hear a recording, and blamed France for the misunderstanding.

“If there is miscommunication between the French government’s various agencies, it is up to the French authorities – not Turkey — to take care of that problem,” Erdogan’s communications director Fahrettin Altun said.

Khashoggi, a critic of de facto Saudi ruler Prince Mohammed bin Salman, was killed in Saudi Arabia’s Istanbul consulate last month in what Erdogan calls a murder ordered at the “highest levels” of the Saudi government. Saudi authorities have acknowledged that the killing was premeditated.

Prime Minister Justin Trudeau said on Monday Canadian intelligence officers have also listened to recordings of what happened to Khashoggi.

“We are in discussions with our like-minded allies as to the next steps with regard to Saudi Arabia,” Trudeau said.