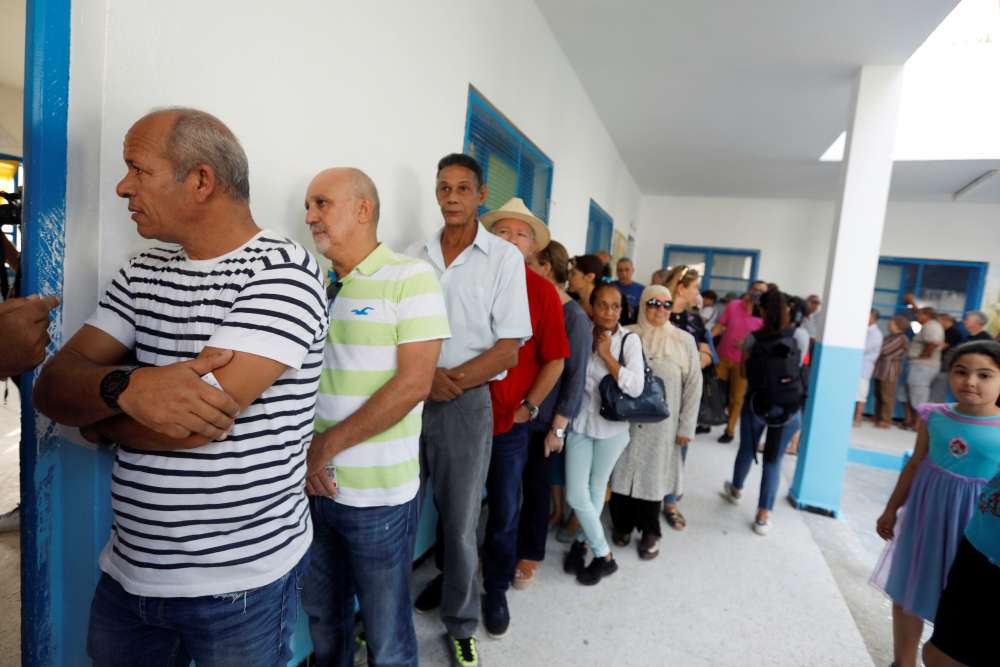 Tunisians began casting votes in an unpredictable presidential election on Sunday where there is no overwhelming front-runner, with the young democracy’s economic ills dominating the agenda.

Polling stations opened at 8am (0700 GMT) from the capital Tunis on the Mediterranean coastline to the cork forests of the northwest, the mining towns of the interior and sand-swept Saharan villages in the south.

In the upmarket Tunis suburb of La Marsa, long queues formed outside polling stations. “These are really historic moments. I got here at 7am… to give my voice to our new leader who must protect our democracy,” said Lilia Amri, 36, a bank worker.

Tunisia threw off autocratic rule eight years ago in a revolution that inspired “Arab Spring” revolts in Egypt, Yemen, Bahrain, Libya and Syria, but it alone has enjoyed a peaceful transition to democracy.

However, a perceived decline in living standards since the 2011 uprising, with higher unemployment and inflation, has frustrated many voters and turnout for local elections last year was only 34%.

Heavily indebted, Tunisia’s next government, like its last, will have to navigate popular demands to relax public purse strings while foreign lenders push for spending cuts.

While foreign attention, especially in Arab countries, is focused on the moderate Islamist Ennahda party, Tunisians have been engrossed by the fate of media mogul Nabil Karoui, running from behind bars on suspicion of money laundering and tax evasion, which he denies.

A court on Friday ruled he must stay in detention after his arrest last month, leading his supporters to claim he has been silenced.

Prime Minister Youssef Chahed, as well as two former prime ministers, a former president and the defence minister are among the two dozen candidates hoping to win outright or, if none of them win more than 50%, to advance to a second round run-off.

Two of the 26 still listed on the ballot papers have withdrawn in recent days to support an opposing candidate.

With so many in the race, Sunday’s vote could produce a very close outcome, with few votes separating the two candidates who make the second round run-off, due by Oct. 13, from the others.

The election was brought forward after the death in July of the incumbent Beji Caid Essebsi, and the independent election commission will have to deal with any appeals against the official verdict quickly.

Analysts have warned that a close outcome, with several candidates near the cut-off point to make the second-round, and a host of existing allegations of low-level malfeasance, make appeals likely.

Tunisia’s president has direct control over foreign and defence policy while most other portfolios are handled by a prime minister chosen by parliament.

With that limited role, many candidates have emphasised their policies on security – an area in which Tunisia has improved since two jihadist attacks in 2015 killed scores of tourists, devastating the country’s tourism sector.

Those attacks added to the country’s wider economic problems, and the number of visitors has only recovered this year though annual growth of around 2% has failed to produce a surge in private sector jobs.

In recent years only small-scale attacks have taken place and foreign diplomats say Tunisia’s security forces are far better equipped now to tackle threats than they were four years ago.

Elections for the parliament will be held on October 6.

By In Cyprus
Previous articlePaphos: Man assaulted after minor collision; four arrests
Next articleHeavy rain on Limassol-Platres road, drivers urged to be careful