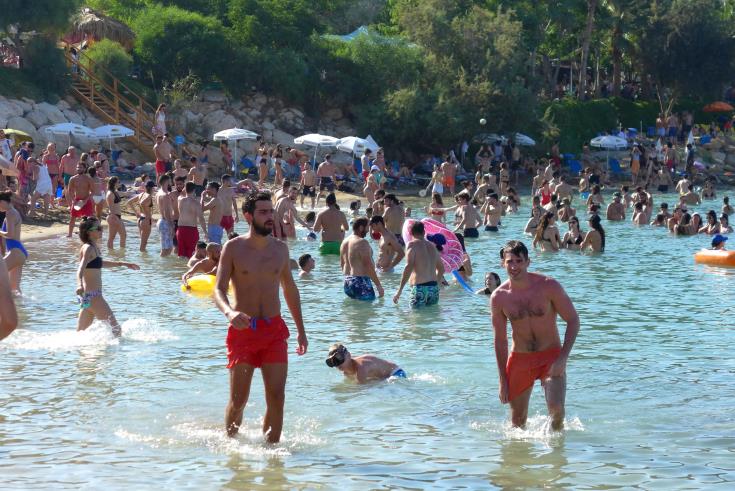 Cyprus’ tourism industry strongly depends on overseas giant travel and tourism companies considering that some 60% of arrivals over the recent past years are on package holidays, Phileleftheros reports.

Last year’s collapse of Thomas Cook was a huge blow to Cyprus since the British giant used to fly over 5% of visitors annually, corresponding to about 250,000.

But after its bankruptcy, Hanover-based TUI Group has taken up a leading role in the Mediterranean island’s tourism industry. And the travel and tourism company wants to increase its share of tourists from both the British and Russian markets this year.

Iveson also said that Cyprus is one of TUI’s five most important destinations and that one of its   goals is to get a bigger piece of the pie by increasing the number of flights to the Mediterranean island.

In addition, TUI plans to strengthen partnerships with new hotel units in Cyprus as well as expand the tourist season, he said.

Nonetheless, indications over the upcoming tourist season are positive. Bookings from the British market are at last year’s level, despite the state of play of Brexit, and this satisfies the island’s hoteliers.

Insiders told Phileleftheros that airline seat numbers from the UK this year are expected to reach those of last year. TUI and jet2 have strengthened their position, while the fledgling EasyJet Holidays aims to fill whatever gap is left from Thomas Cook’s collapse.

In addition, TUI has also strengthened its position in the Russian market and already expressed the intention to bring additional tourists to Cyprus from there. It is estimated that Russian arrivals this summer will rise by 100,000.

Also, for the first time in many years Cyprus will have 35 scheduled flights weekly from Germany this summer, with another 10 flights expected to be chartered.

The presence of Undersecretary of Tourism Savvas Perdios in the upcoming tourist fairs both in Germany and Russia will give some indication of this year’s anticipated arrivals from those markets, Phileleftheros reports.