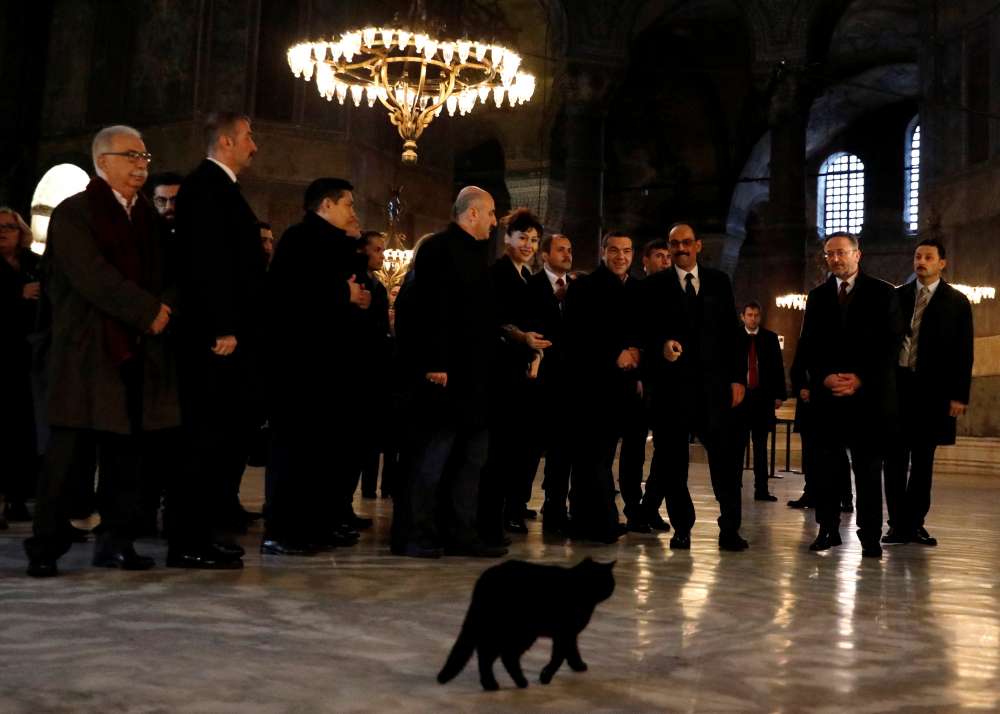 Tsipras met Tayyip Erdogan in Ankara on Tuesday, where the Turkish president said he expected more cooperation from Athens in the repatriation of eight soldiers who fled to Greece following an attempted coup in 2016.

Tsipras told their joint news conference that Greece does not welcome putschists, but that the case of the eight soldiers was a matter for the judiciary.

He said both countries had agreed to de-escalate tensions in the Aegean Sea and proceed with confidence building measures. Differences with Turkey “can and must be solved with dialogue,” he added.

Erdogan spokesman Ibrahim Kalin accompanied Tsipras on his tour of Hagia Sophia, which was the foremost cathedral in Christendom for 900 years and one of Islam’s greatest mosques for another 500 years. It has been a museum since 1935.

Tsipras will later visit an island near Istanbul to attend mass at the Orthodox Halki theological school, a centre of scholarship until it was closed by the Turkish state in 1971. Turkey’s refusal to reopen it is another bone of contention.

He will also meet Ecumenical Patriarch Bartholomew, the spiritual head of Orthodox Christians worldwide, and representatives of the Greek community in Istanbul.

Another source of tensions between the Aegean neighbours is the divided island of Cyprus, split in a Turkish invasion in 1974 triggered by a brief Greek-inspired coup. U.N.-led peace talks between the Greek and Turkish sides collapsed in 2017.

NATO members Greece and Turkey were nearly drawn into a military clash as recently as 1996 over an uninhabited Aegean islet.

On Tuesday, Turkey updated a list of former military officers wanted for their alleged role in the 2016 failed putsch to include the eight officers granted asylum in Greece, and offered a bounty of 4 million Turkish lira ($770,446) for each of them.

By In Cyprus
Previous articleTough battles ahead for 6,200 bank employees
Next articleBritish forces in Cyprus bid farewell to the Tornado GR4 jet (video)