Tsipras: The state of the Greek economy is alarming 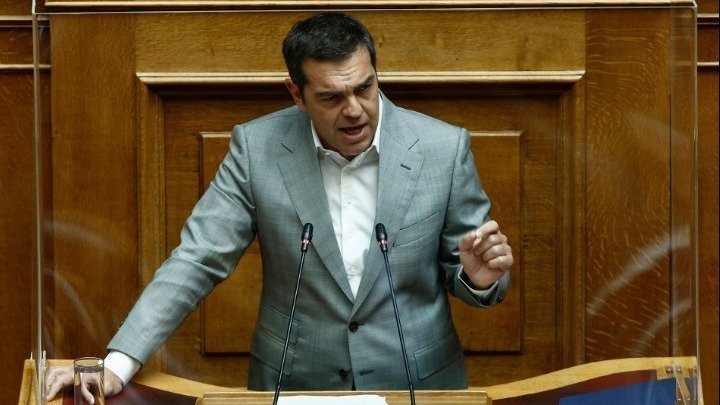 “The state of the Greek economy is exceedingly alarming and there should be no attempt to dress it up,” main opposition SYRIZA leader Alexis Tsipras said on Wednesday during the Parliament debate on the bill of the finance ministry.

He said that from September 2019 onwards the economy has been on a declining course, adding that the SYRIZA government handed over the economy “with almost three years of continuous and steady growth” but the ND government “succeeded, in the fourth quarter of 2019, prior to the pandemic, to achieve the worst economic performance across the EU”.

Tsipras accused the government of paying lip-service in the run-up to the election to the middle class and to small and medium-sized businesses, “but in practice working only for specific interests, friends and acquaintances.”