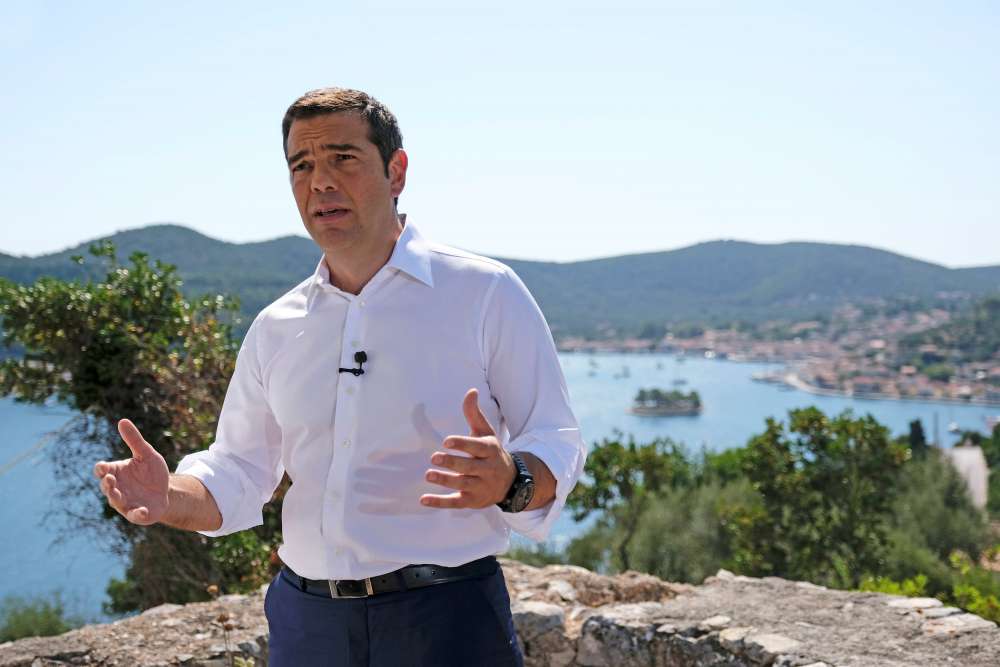 Prime Minister Alexis Tsipras hailed the end of a “modern-day Odyssey” on Tuesday after Greece emerged from nine years of bailouts, saying it should never forget the harsh lessons learned under tight financial supervision by its creditors.

“This is a day of liberation,” Tsipras declared, standing on a hilltop overlooking a bay on the Ionian island of Ithaca.

His decision to give a post-bailout speech on the island was laden with classical symbolism: in Homer’s epic poem, Odysseus, the King of Ithaca, returned home from the Trojan war after a 10-year voyage lost at sea.

Looking sombre, Tsipras said: “We will not commit the affront of ignoring the lessons of the bailout on Greece. We will not let oblivion mislead us.”

And he added: “We will never forget the cause, or the people who led our country into bailouts.”

Greece’s third bailout deal ended on Monday. The country’s international creditors had bankrolled the country in return for tough reforms and austerity monitored by their inspectors since 2010.

Athens, which will henceforth rely on markets to refinance its debt, has been eyeing bond issues to re-establish itself as a regular borrower.

With markets jittery over Italy and Turkey, that plan is on the back burner. A new bond issue now could prove too expensive .

With an accumulated cash cushion of about 24 billion euros, Greece can wait for calmer days; the buffer is enough to cover about two years of its borrowing needs.

Tsipras, a leftist elected in 2015 promising to tear up the bailouts, was forced instead to accept a loan package that August to stave off bankruptcy and the prospect of the country being ejected from the euro zone.

It was the nation’s third since 2010, and the country has altogether received 288 billion euros ($330 billion) from creditors, making it the biggest bailout in history.

Dressed casually in a white open shirt and slacks, Tsipras drew frequent analogies with the Odyssey, in which the hero was called to deal with the Cyclops, sirens and unruly suitors plotting to take his place – a dig at the opposition New Democracy party, which is leading in opinion polls.

“Ithaca will once again be identified with the end of a modern-day Odyssey,” he said.

“Three-and-a-half years ago, our people took a historic decision. To take the helm away from those who led it to the rocks, and to give it to new captains,” Tsipras said, referring to the election victory of his Syriza party.

He faces elections next year.

Former prime minister George Papandreou, who applied for the first bailout from Greece’s euro zone partners and the International Monetary Fund in April 2010, also drew on the Odyssey analogy at the time.

More bailouts followed in 2012 and 2015, saddling the country with debt equivalent to 180 percent of its annual economic output, despite relief on repayments of its official debt and a writedown of bonds held by private creditors.

In return for the debt relief, Greece will have to maintain primary budget surpluses – excluding debt repayments – in the coming years, and further cuts in pensions may be made in 2019.

By In Cyprus
Previous articleIn shadow of Benalla affair, Macron readies next reform wave
Next articleUK says aims to boost exports to 35 pct of GDP, gives no timeframe