Tsipras and May discuss prospects for resumption of Cyprus talks 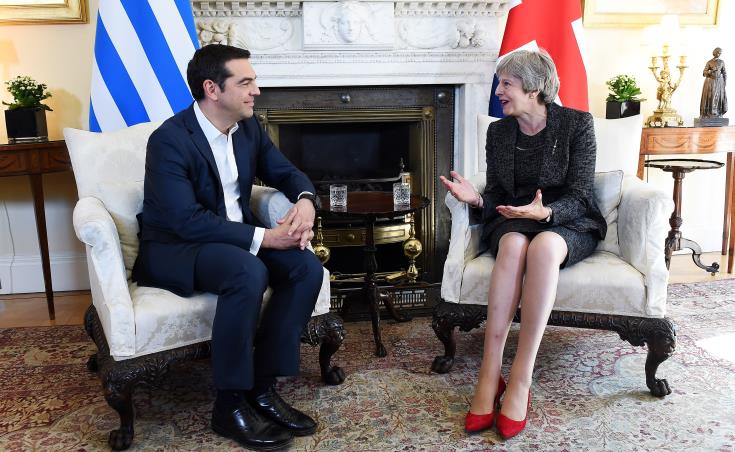 Prospects for the resumption of negotiations on the Cyprus problem were among the topics discussed between the Prime Ministers of the UK and Greece at Downing Street, on Tuesday.

Theresa May received Alexis Tsipras during the second day of his visit to London and their 50-minute long meeting covered the full range of bilateral and shared interest issues.

On Cyprus, according to a No10 spokesperson, the two leaders agreed on the importance of encouraging further steps towards a settlement.

Prime Minister Tsipras welcomed the constructive role the UK has played in the talks so far as one of the guarantors.

May and Tsipras also discussed the wider relations between Greece and Turkey, agreeing that continuous dialogue was vital in ensuring regional stability.