Trump’s top choice for chief of staff not taking job; other candidates in running 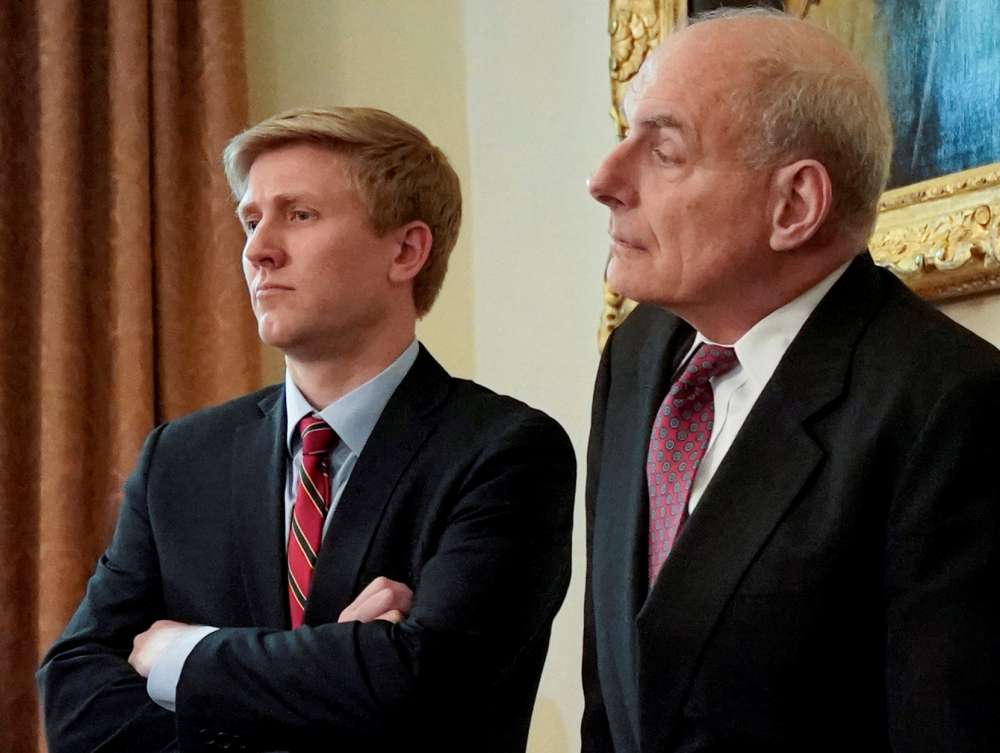 Nick Ayers, Donald Trump’s top choice to be his next chief of staff, is no longer in the running and the U.S. president is now considering at least two other candidates, sources familiar with the matter said on Sunday, the latest sign of a chaotic White House staff shake-up.

Ayers, 36, chief of staff to Vice President Mike Pence and known as a skilled Republican political tactician, had been in discussions for months about taking the job, but was unable to agree to terms with Trump, another source said.

Ayers tweeted that he would instead be leaving the White House soon, apparently to return to his home state of Georgia. One of the sources said Ayers would return to “America First Policies,” a combative group that he helped found before joining Pence in the White House.

Several hours after the news broke, Trump essentially confirmed that Ayers would not get the job but offered few other details.

“I am in the process of interviewing some really great people for the position of White House Chief of Staff. Fake News has been saying with certainty it was Nick Ayers, a spectacular person who will always be with our #MAGA agenda,” Trump said in a message on Twitter, referring to his slogan “Make America Great Again.” “I will be making a decision soon!”

Ayers wrote earlier on Twitter: “I will be departing at the end of the year but will work with the #MAGA team to advance the cause.”

One source said Trump had sought a two-year commitment from Ayers but that he was unable to agree to that. Ayers, the father of young triplets, was willing to serve only until the spring of 2019 for family reasons, an administration official said earlier.

A source familiar with Mnuchin’s thinking said Mnuchin sees his role at Treasury as best suited to help the president and feels very committed to remaining in his current position.

A spokesman for Meadows had no comment on the matter.

With Ayers out of the running, it is unclear who will take over the top administrative post in the West Wing at a time Trump has been weakened by Democrats winning control of the House of Representatives in congressional elections last month.

Trump will decide on his new chief of staff by the end of the year, the sources said. The president said on Saturday that Kelly would leave the post by year’s end.

Trump brought Kelly in last year to restore order to his White House, but has clashed repeatedly with the retired Marine Corps general in recent months. The two men were no longer on speaking terms, according to one source with direct knowledge of the situation.

The constant staff upheaval at all levels has left Trump’s White House grappling to try to advance his policies. Many of the resignations have come under pressure.

Trump now faces House probes into his businesses and most contentious policies, and Special Counsel Robert Mueller is investigating possible collusion between Trump’s election campaign team and Russian officials in 2016. Trump, who has denied collusion, calls the probe a “witch hunt.”

Ayers has advised a series of Republican governors and as Pence’s chief of staff, has run one of the most effective political teams in Washington.

But critics questioned whether the young operative had the kind of experience needed to deal with the internal strife that has often engulfed the Trump White House.

Greek Prime Minister Kyriakos Mitsotakis has said that demarcation agreement between Greece and Egypt was a guide on how other issues in the Eastern...
Read more
Local

State services have been alert due to the fact that people from the Limassol Court, the Limassol Municipality and another person from the same...
Read more