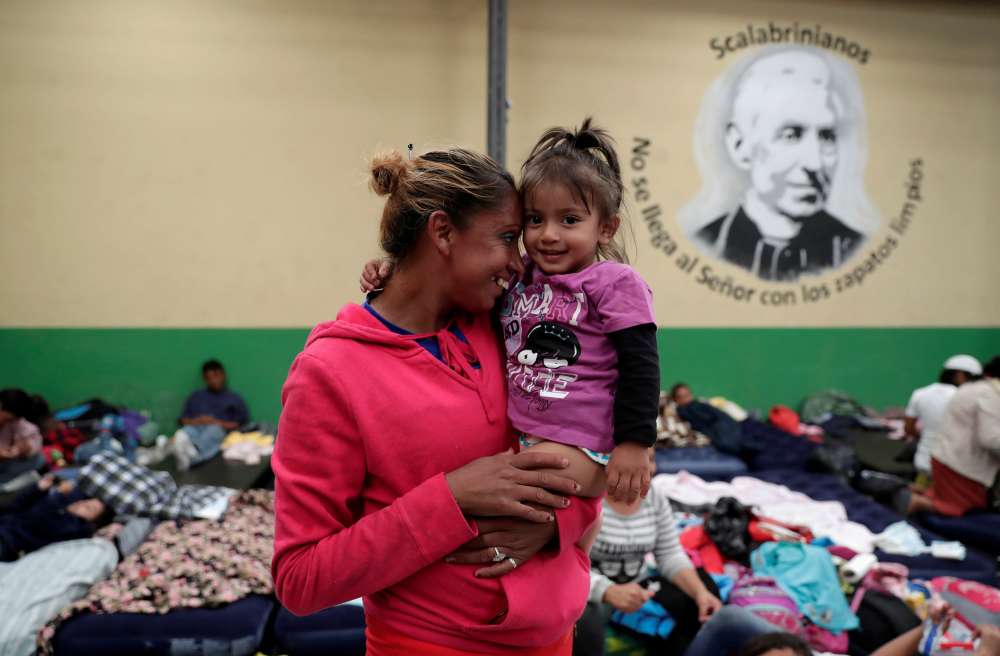 President Donald Trump on Thursday said he would to deploy the U.S. military and close the southern border if Mexico did not move to halt large groups of migrants headed for the United States from Guatemala, Honduras and El Salvador.

“I must, in the strongest of terms, ask Mexico to stop this onslaught – and if unable to do so I will call up the U.S. Military and CLOSE OUR SOUTHERN BORDER!” Trump wrote on Twitter.

Trump threatened to withhold regional aid as a caravan with several thousand Honduran migrants journeyed this week through Guatemala to Mexico in hopes of crossing the U.S.-Mexico border and escaping endemic violence and poverty in Central America.

Trump, who has made curtailing immigration and building a border wall on the Mexican border a key platform, has previously threatened to shut off aid and dispatch troops there.

In a string of tweets on Thursday, Trump also appeared to link the issue to trade and a newly minted deal with Mexico to replace the North American Free Trade Agreement pact that is awaiting ratification.

“The assault on our country at our Southern Border, including the Criminal elements and DRUGS pouring in, is far more important to me, as President, than Trade or the USMCA. Hopefully Mexico will stop this onslaught at their Northern Border,” Trump wrote, referring to the newest trade deal known as the United States-Mexico-Canada Agreement.

By In Cyprus
Previous articleAirlines announce rescue fares for Cobalt passengers
Next articlePolice: Low visibility because of heavy rain in Pedoulas