Trump touches off storm in India with Kashmir mediation offer 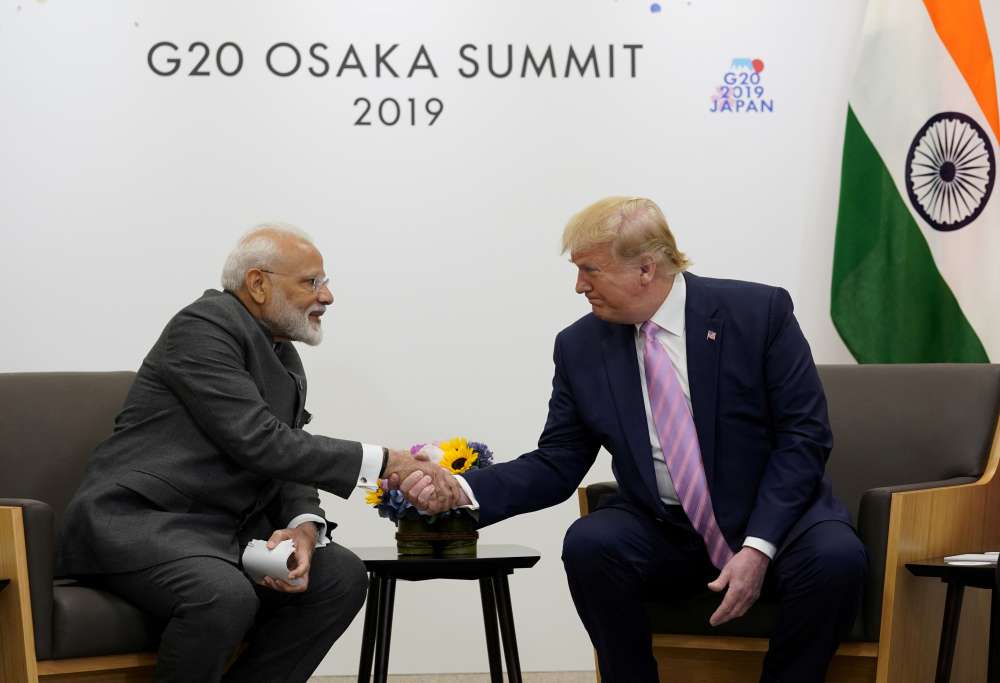 Indian Prime Minister Narendra Modi never asked U.S. President Donald Trump to help mediate with Pakistan their dispute over the Kashmir region, the government said on Tuesday, after Trump’s comments set off a storm of criticism.

Trump told reporters on Monday that Modi had asked him, during a meeting in Japan last month, if he would like to be a mediator on Kashmir, which is at the heart of decades of hostility between India and Pakisan.

Trump was speaking at the White House just before he sat down for talks with Pakistani Prime Minister Imran Khan who welcomed the U.S. effort to intercede, saying he would carry the hopes of more than a billion people in the region.

But the comments triggered a political storm in India which has long bristled at any suggestion of third-party involvement in tackling Kashmir, a Muslim-majority region that it considers as an integral part of the country.

The divided Himalayan region is claimed by both Hindu-majority India and Islamic Pakistan and the nuclear-armed neighbours have gone to war two times over the territory since independence in 1947.

Pakistan has long pressed for the implementation of decades-old U.N. resolutions calling for a ballot for the region to decide its future. India says the United Nations has no role in Kashmir, where separatist militants have bene battling Indian forces for years.

Trump’s comments risked further straining political ties with India which are already under pressure over trade.

Foreign Minister Subrahmanyan Jaishankar, who was part of the Indian delegation at the G20 meeting in Japan where Trump and Modi met, told agitated lawmakers that Modi did not seek any help from Trump over Kashmir.

“The U.S. president made certain remarks to the effect he was ready to mediate if requested by India and Pakistan. I categorically assure the house that no such request has been made by the prime minister, I repeat, no such request was made,” he told parliament.

Tension between India and Pakistan has been high since an attack on an Indian military convoy in Kashmir in February claimed by a Pakistan-based militant group prompted India to send warplanes into Pakistan.

Pakistan retaliated by ordering its jets into India’s side of Kashmir the following day, raising the prospect of a wider conflict.

Jaishankar said there could be no third-party involvement in India’s problems with Pakistan.

“I also reiterate that it has been India’s position that all outstanding issues are discussed only bilaterally. I further underline any engagement with Pakistan would require an end to cross-border terrorism.”

Pakistan denies Indian accusations that it gives material help to the militants fighting Indian rule in Kashmir for nearly three decades, but says it gives moral and diplomatic support to the Kashmiri people in their struggle for self-determination.

Soon after Trump’s remarks, the U.S. State Department said in a post on Twitter that it supported any dialogue between India and Pakistan but that Kashmir was a matter for the two countries.

“While Kashmir is a bilateral issue for both parties to discuss, the Trump administration welcomes Pakistan and India sitting down and the United States stands ready to assist,” it said.

The Democratic chairman of the U.S. House of Representatives Foreign Affairs Committee, Eliot Engel, spoke to the Indian ambassador to say there was no change in the U.S. position on Kashmir, the committee said on Twitter.

“Engel reiterated his support for the longstanding U.S. position on the Kashmir dispute, saying he supported dialogue between India & Pakistan, but the dialogue’s pace & scope can only be determined by India & Pakistan.”

He also said that Pakistan must “dismantle the terrorist infrastructure” for any meaningful dialogue with India.

“I can tell you right now Mr President you will have the prayers of over a billion people if you can mediate and resolve this issue,” Khan said.

Kashmir separatist leader Mirwaiz Umar Farooq said he would support any effort to end the conflict in the region in which tens of thousands have been killed, and the people of Kashmir would welcome Trump’s intervention.

Trump and Khan also discussed ways to end the 18-year war in Afghanistan. The United States sees Pakistan’s cooperation as crucial to any deal to ensure the country does not become a base for militant groups like Islamic State.