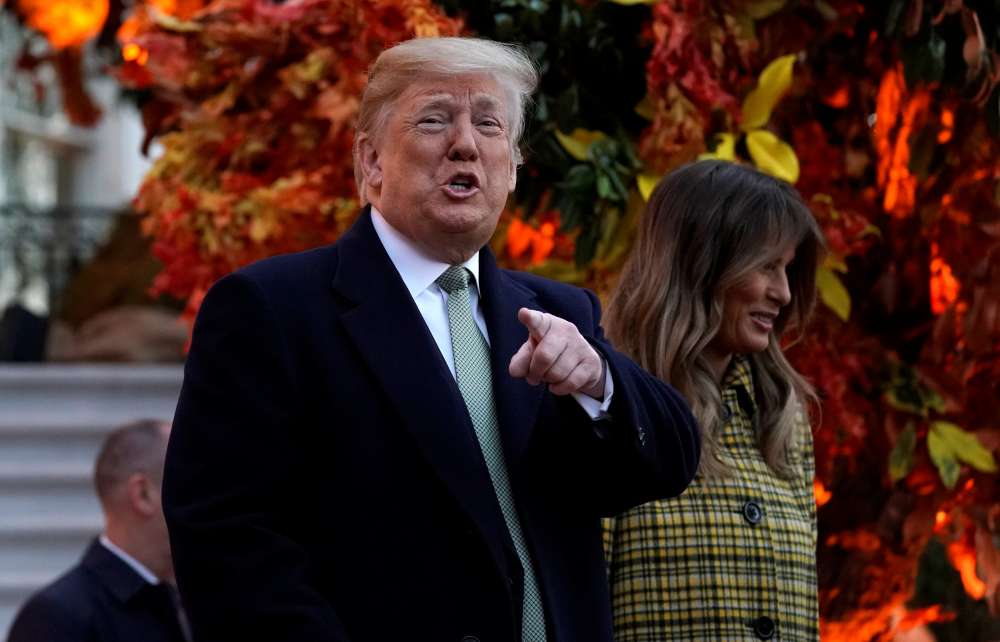 President Donald Trump said he will seek to end the right of citizenship to children born in the United States to non-citizens and illegal immigrants in his latest bid to dramatically reshape immigration policies as he seeks to shore up Republicans ahead of next week’s congressional elections.

Trump would target the citizenship right through an executive order, he told Axios in an interview published on Tuesday, a move that would prompt a legal fight. The right of U.S. citizenship is granted to U.S.-born children under the 14th Amendment of the Constitution, which cannot be changed by the president.

It was unclear what specific action his order would pursue, and Trump gave no details. Representatives for the White House did not immediately respond to a request for comment.

“This is blatantly unconstitutional,” Omar Jadwat, head of the ACLU Immigrants’ Rights Project told Reuters. “The president obviously cannot overturn the Constitution by executive order. The notion that he would even try is absurd.”

Changing an amendment in the Constitution would require the support of two-thirds of the U.S. House of Representatives and the Senate and the backing of three-fourths of U.S. state legislatures at a constitutional convention.

But Trump said he has talked to his legal counsel and was advised he could enact the change on his own. Asked about the dispute over such presidential powers, Trump said stood by his comments.

“It’s in the process. It’ll happen,” he told Axios in the interview, which will air in full on the HBO pay cable channel on Sunday.

Some conservatives have long pushed for an end to the guarantee of birthright citizenship, a view Trump echoed.

Trump, whose hard-line immigration stance helped him win the White House, has seized on the issue in recent weeks in the run-up to the Nov. 6 vote that has Americans sharply divided and grappling with race and national identity.

His latest comments also come after the deadliest attack on Jews in U.S. history on Saturday and a series of bombs sent to top Democrats and other Trump critics last week.

Democrats and other critics have condemned the president’s rhetoric as inflammatory, urging Trump to tone down his language and calling on voters to use the elections as a way to reject such policies.

U.S. Senator Chris Coons, a Democrat on the Senate Foreign Relations Committee, told MSNBC that Trump “was driving a false narrative on immigration” in many ways to stoke fear and turn it into an election issue.

On Monday, the administration moved to send more than 5,200 troops to help secure the border with Mexico as a caravan of Central American migrants, mostly on foot, makes its way there, although it is unclear how many would arrive at the border or when.

The 14th Amendment allows for “all persons born or naturalised in the United States, and subject to the jurisdiction thereof, are citizens of the United States and of the State wherein they reside.”

A legal challenge would prompt the nation’s courts to weigh in on what would be one of the most sweeping moves of the Trump administration. It has already targeted immigration through a travel ban from several Muslim-majority countries, child-parent separations for migrants, refugee policies and other actions.

In 1898, the U.S. Supreme Court reaffirmed the right of citizenship to children born to legal permanent residents. But conservatives say it should not apply to everyone, including immigrants in the country illegally or those with temporary legal status, Axios reported.

By In Cyprus
Previous articleUK, Norway agree right to remain for their citizens after Brexit
Next article17-year-old missing from Larnaca home