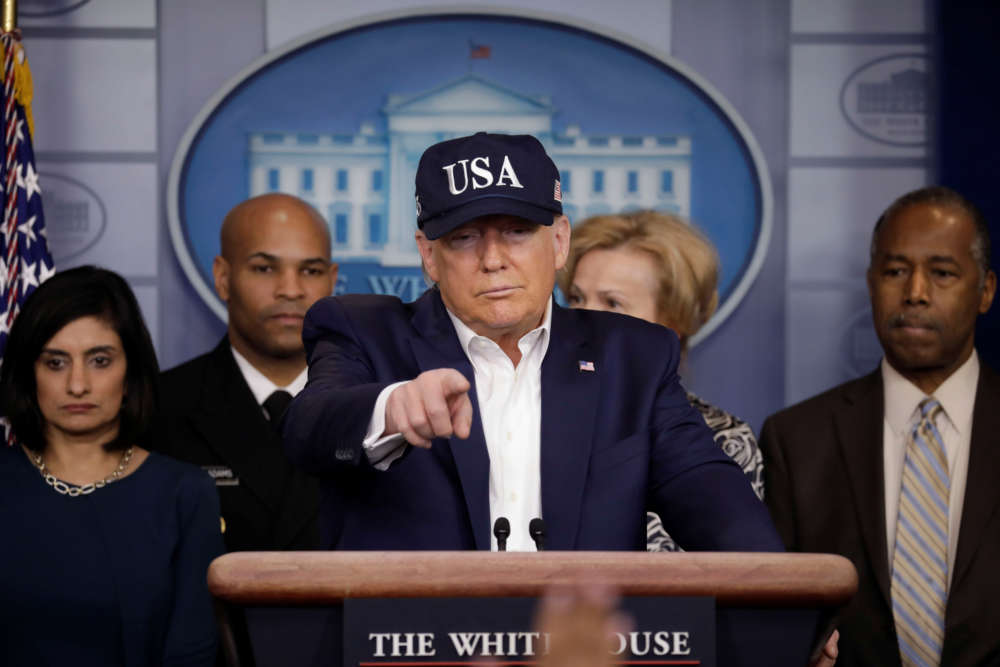 President Donald Trump has taken a coronavirus test but said on Saturday that his temperature was “totally normal”, and his administration extended a travel ban to Britain and Ireland to try to contain a pandemic that has shut down much of the daily routine of American life.

After White House officials took the unprecedented step of checking the temperatures of journalists entering the briefing room, Trump told reporters he took a test for the virus on Friday night and that he expects the results in “a day or two days.” He met with a Brazilian delegation last week, at least one member of which has since tested positive.

The top U.S. infectious diseases expert, National Institute of Allergy and Infectious Diseases Director Anthony Fauci, said the country has recorded 2,226 case of the new coronavirus, but has not yet reached the peak of the outbreak.

“This will get worse before it gets better,” Surgeon General Jerome Adams said at the briefing.

Vice President Mike Pence, who is running the administration’s response to the outbreak, told reporters that visits to nursing homes were being suspended to protect the most vulnerable.

New York Governor Andrew Cuomo said the woman, who had previously suffered from emphysema, was hospitalized in Manhattan on March 3. He told reporters that the state’s tally of cases had risen to 524. Nationwide, 50 people have died.

On Friday, Trump declared a national emergency in a move that he said would bring “the full power of the federal government” to bear on the escalating health crisis by freeing up some $50 billion in aid. He also urged every state to set up emergency centers to help fight the virus.

On Saturday, his administration was expected to extend to Britain and Ireland a ban on travel from Europe that would go into effect on Monday night, U.S. and airlines and officials said.

Signaling a new stage in prevention measures to protect U.S. leaders from the coronavirus, the White House on Saturday instituted a policy of checking the temperatures of journalists in the White House briefing room.

The pandemic has forced public schools, sports events and cultural and entertainment venues to close across the United States.

On Friday, American shoppers picked grocery store shelves clean of products ranging from disinfectants to rice, causing retailers to race to restock their stores. In response to the run on certain items, major retailers have imposed some purchase limits.

Coronavirus took its biggest toll yet on this year’s U.S. presidential election when Louisiana announced on Friday it had postponed its Democratic and Republican presidential primaries.

Early on Saturday, the U.S. House of Representatives overwhelmingly passed a coronavirus aid package that would provide free testing and paid sick leave, in a bid to limit the economic damage from the outbreak.

By a bipartisan vote of 363 to 40, the Democratic-controlled House passed a multi-billion dollar effort that would expand safety-net programs to help those who could be thrown out of work in the weeks to come. Trump said he supported the package, raising the likelihood that it will pass the Republican-controlled Senate next week.

Economists say the impact of the outbreak on businesses could tip the U.S. economy into recession.