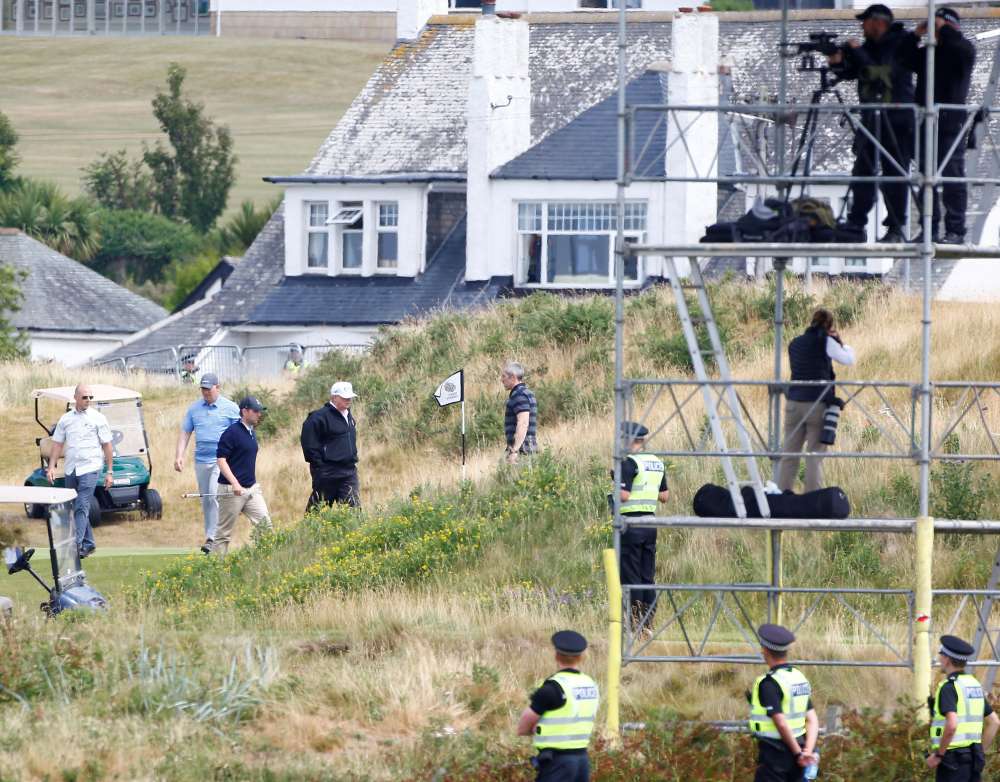 U.S President Donald Trump’s company has submitted plans to invest another 150 million pounds ($197 million) in one of his Scottish golf resorts, the Trump Organization said on Tuesday.

Trump owns two golf resorts in Scotland, and the development of his resort in Balmedie, near Aberdeen in north-east Scotland, has attracted fierce criticism from some locals and environmentalists.

It plans to build 500 residential homes, 50 hotel cottages, sports centre, retail, equestrian and commercial spaces at his Aberdeen resort, along with other leisure facilities.

“Initial interest to our plans have been incredible and, subject to detailed planning approval, we are aiming to break ground next year,” Eric Trump, who along with his brother Donald Jr. leads the Trump Organization, said in a statement.

The U.S. president visited his other golf course in Turnberry during his visit to Britain earlier this month where he played two rounds of golf.