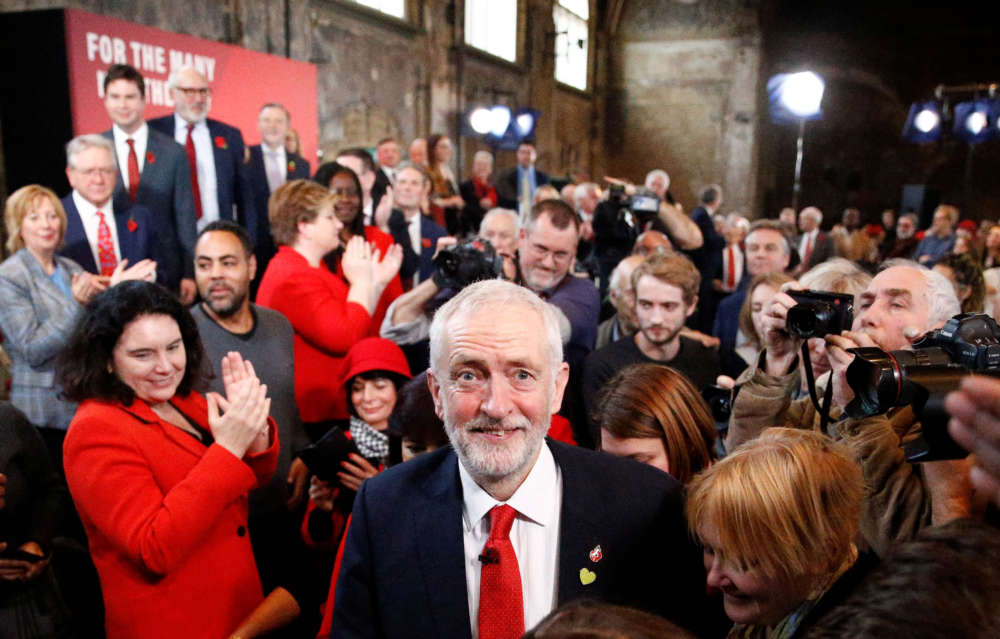 U.S. President Donald Trump waded into Britain’s election campaign on Thursday, saying the leader of the left-wing opposition Labour Party, Jeremy Corbyn, would be “so bad” for Britain if he wins.

His remarks came on the day Corbyn opened Labour’s campaign for the Dec. 12 election with an attack on what he called a corrupt elite that exploited workers, lied to the public and polluted the environment.

Corbyn, a veteran left-wing campaigner, responded to Trump‘s comments with a tweet that read: “Trump is trying to interfere in UK election to get his friend Boris Johnson elected.”

Britain is heading for an early election because of an impasse in parliament over Brexit, more than three years after voters decided to leave the European Union.

In the radio interview, conducted on Thursday by long-standing eurosceptic Nigel Farage, head of the Brexit Party, Trump praised Johnson for trying to push ahead with leaving the EU.

“Yes he has (spoken to me), and he also knows how difficult it is – he’s in a very difficult position. And I think he’s willing to do what no one else would do,” he said.

Trump urged Farage to get his Brexit Party behind Johnson.

“He’s a fantastic man and I think he’s the exact right guy for the times. And I know that you and him will end up doing something that could be terrific. If you and he get together it’s, you know, unstoppable force.”

Farage responded by saying he would be “right behind” Johnson, on condition the prime minister dropped the Brexit divorce deal he struck with the European Union two weeks ago and instead went for a “clean break” Brexit without a deal.

Trump‘s predecessor, Barack Obama, was accused of interfering in British politics when, before the Brexit referendum in 2016, he said Britain should stay in the EU and would go to “the back of queue” for a trade deal with the United States if it left.

In his interview on Thursday, Trump denied claims by Labour that he wanted Britain to put its public National Health Service on the table in post-Brexit trade talks with Washington.

He also said Britain could do four to five times more trade with the United States, but might be prevented from doing a bilateral trade deal by the terms of the potential post-Brexit trade relationship that London and Brussels have set out.

“Under certain ways, we would be precluded, which would be ridiculous.