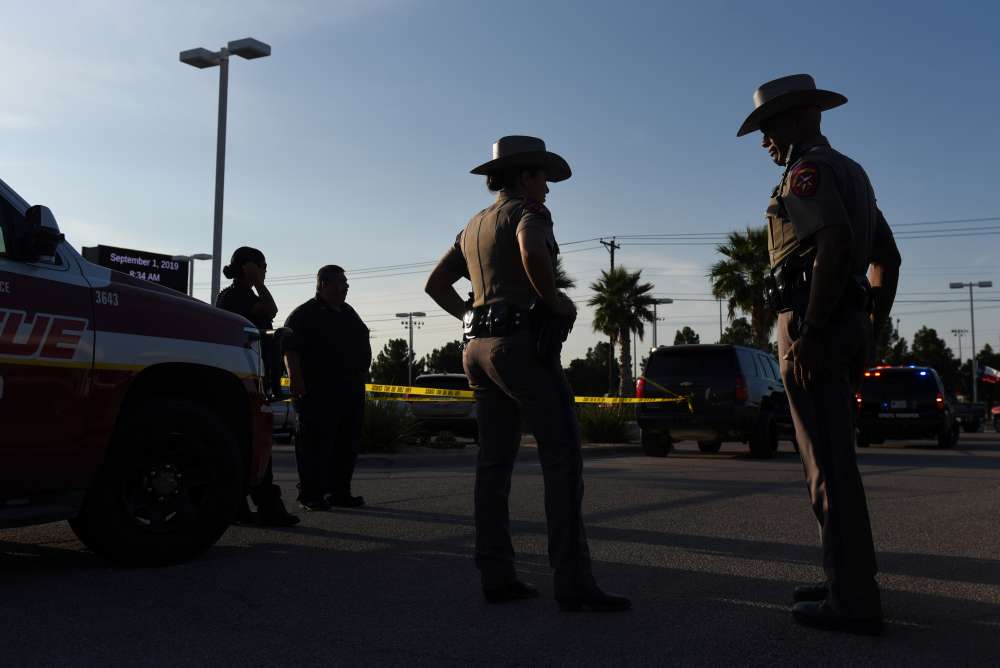 U.S. President Donald Trump on Sunday said he was speaking with Republicans and Democrats on possible legislative efforts regarding guns after another deadly shooting in Texas on Saturday.

Trump told reporters the latest shooting had not changed ongoing efforts to prepare a legislative package on guns.

He also said he did not believe background checks for those buying guns would have prevented the recent shootings, adding, “They would not have stopped any of it.”

The death toll in Saturday’s gun rampage in West Texas rose to seven on Sunday, local media reported, and police said they would hold a news conference later in the day.

Police had earlier said five people, including the gunman, were killed in the mass shooting that began with a traffic stop and ended when the shooter was cornered by officers in the parking lot of a cinema complex in Odessa, Texas.

Authorities have not named the victims or the gunman, but said on Saturday that he was a white male in his 30s who was known to police. Twenty-one people were wounded.

The rampage between the cities of Midland and Odessa started on Saturday afternoon when state troopers pulled over a car on Interstate 20 and the lone occupant fired at their patrol vehicle with a rifle, wounding one of the troopers.

After fleeing the scene, the suspect hijacked a postal van and opened fire on police officers, motorists and shoppers on a busy Labor Day holiday weekend before being shot dead outside the Cinergy cinema complex in Odessa, police said.

Odessa Police Chief Michael Gerke said at a news conference on Saturday that the suspect was known to him, but he declined to comment on a motive for the shootings.

By In Cyprus
Previous articleDecision on if and how consultations continue rests on Lute, government says
Next articleGermany asks for forgiveness as Poland marks 80th anniversary of war