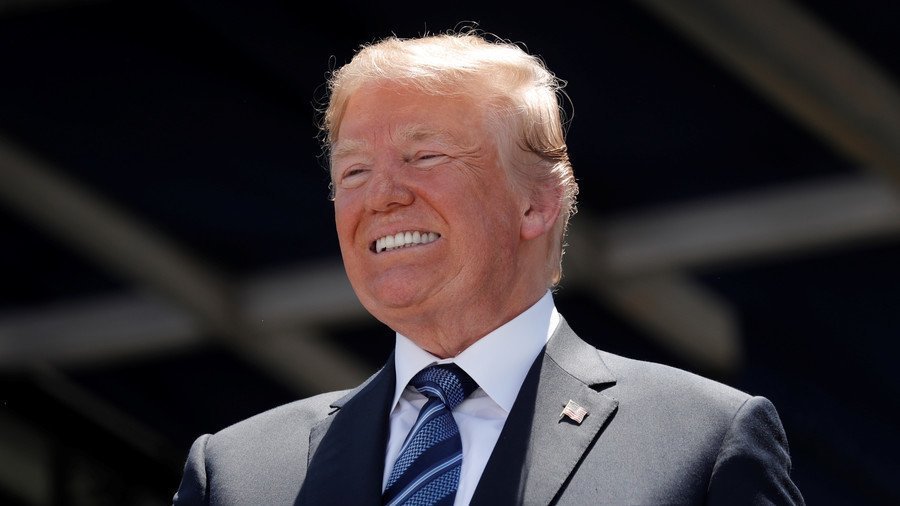 US President Donald Trump says “very productive talks” are underway with North Korea on holding the June 12 summit in Singapore. Talks on reinstating the meeting came within 24 hours of Trump’s previously abrupt cancellation.
In a tweet, Trump confirmed that if the elusive meetup with North Korean leader Kim Jong-un does happen, it will likely remain at the earlier scheduled date and place: on June 12 in Singapore.

We are having very productive talks with North Korea about reinstating the Summit which, if it does happen, will likely remain in Singapore on the same date, June 12th., and, if necessary, will be extended beyond that date.

The potentially unprecedented meeting, a first-ever between a sitting US president and a North Korean leader, has been in the making for months. Trump had been erratic in his statements about the summit during the period, taking his time in narrowing down the time and place, and threatening to cancel or walk out of the meeting if he does not get his way. In the end, he called it off on Thursday, after the North Korean vice-minister of foreign affairs took issue with US Vice President Pence’s threats of a “Libyan scenario” for Pyongyang: what started as a description of how the US helped Libya get rid of its nuke research in 2003, ultimately also came to include the 2011 overthrow and murder of Muammar Gaddafi.