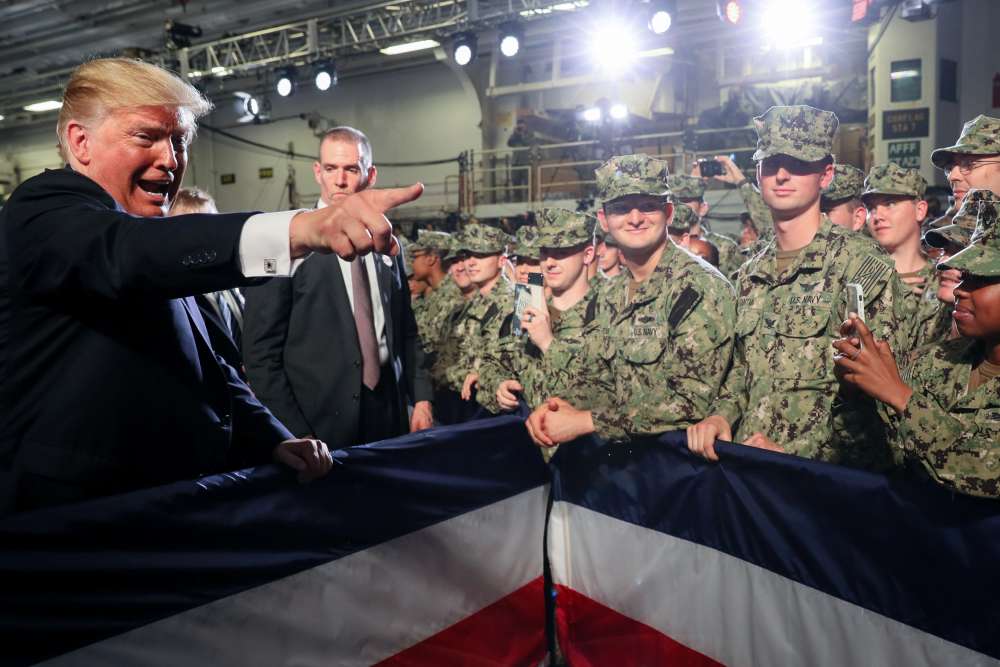 U.S. President Donald Trump said on Wednesday he was unaware of any effort to move the USS John S. McCain that was stationed near the site of his recent speech in Japan.

A U.S. official, speaking on condition of anonymity, confirmed to Reuters that an initial request had been made to keep the John McCain out of sight during Trump’s speech but was scrapped by senior Navy officials.

The Wall Street Journal, which first reported the news, said the White House wanted the U.S. Navy to move the ship, named for the late Arizona senator, “out of sight.” It cited an email between U.S. military officials.

The email to Navy and Air Force officials had a number of directives, including: “USS John McCain needs to be out of sight,” and asking officials to “please confirm” that directive “will be satisfied.”

The newspaper said a tarpaulin was hung over the ship’s name ahead of Trump’s trip and sailors were directed to remove coverings from the destroyer that bore its name.

Trump wrote on Twitter: “I was not informed about anything having to do with the Navy Ship USS John S. McCain during my recent visit to Japan.”

Commander Clay Doss, a spokesman for the Navy’s Seventh Fleet, said the tarpaulin was taken down on Saturday before Trump’s visit to the area. “All ships remained in normal configuration during the President’s visit,” Doss said.

Shanahan said he heard about it on Thursday morning.

“When I read about it this morning, it was the first I heard about it,” Shanahan told reporters in Jakarta after a meeting with his Indonesian counterpart.

McCain, the unsuccessful 2008 Republican presidential nominee, was shot down during the Vietnam War and tortured by his North Vietnamese Communist captors during more than five years as a prisoner of war.

Trump has long criticized McCain on a variety of fronts and has kept up his attacks on McCain even following his death in August.

Meghan McCain, the late senator’s eldest daughter, criticized Trump on Twitter on Wednesday, saying, Trump “will always be deeply threatened by the greatness of my dad’s incredible life … nine months since he passed, Trump won’t let him RIP. So I have to stand up for him.”

The USS John S. McCain is named for the late senator and his father and grandfather, who were both Navy admirals. The destroyer was involved in a 2017 collision that killed 10 crew members and is currently undergoing repairs.