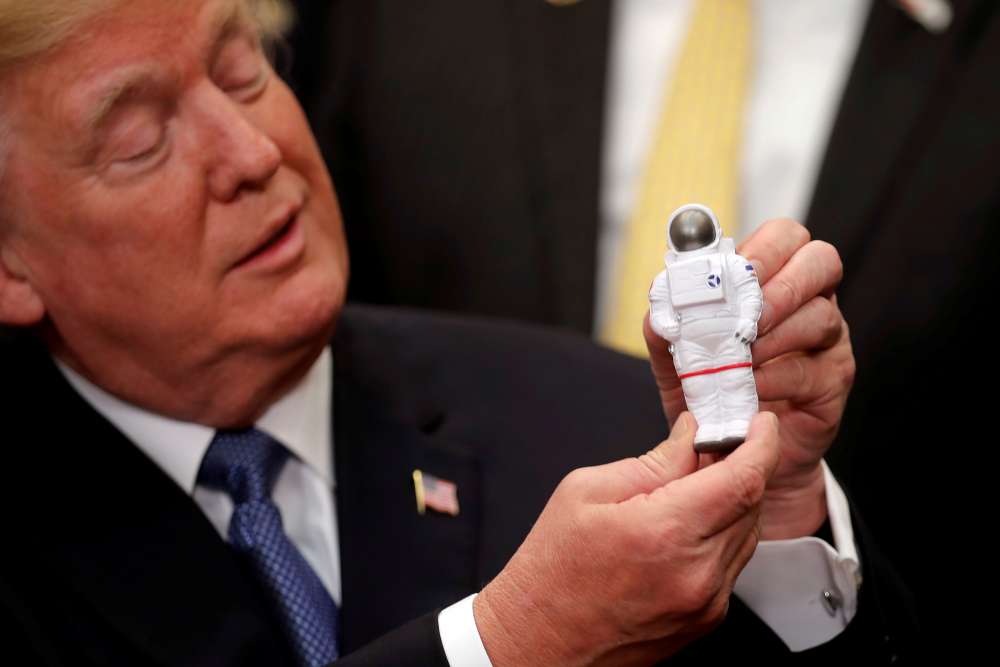 U.S. President Donald Trump said on Friday he had aborted a military strike on Iran because such a response to Tehran’s downing of an unmanned U.S. surveillance drone would have caused a disproportionate loss of life.

In a series of early morning tweets, Trump said U.S. economic sanctions against Iran were having an impact and more were imposed late on Thursday following the destruction of the U.S. drone by an Iranian surface-to-air missile.

Trump said the plan was to hit three different sites in response to the drone’s downing, and that he was told 150 people would have died.

“Ten minutes before the strike I stopped it, not proportionate to shooting down an unmanned drone. I am in no hurry, our military is rebuilt, new, and ready to go, by far the best in the world,” Trump tweeted.

….On Monday they shot down an unmanned drone flying in International Waters. We were cocked & loaded to retaliate last night on 3 different sights when I asked, how many will die. 150 people, sir, was the answer from a General. 10 minutes before the strike I stopped it, not….

Earlier on Friday, Iranian officials told Reuters that Tehran had received a message from Trump warning that a U.S. attack on Iran was imminent but saying that he was against war and wanted talks on a range of issues.

News of that message, delivered through Oman overnight, came shortly after the New York Times reported that Trump had called off air strikes targeting Iranian radar and missile batteries at the last minute.

“In his message, Trump said he was against any war with Iran and wanted to talk to Tehran about various issues,” one of the officials told Reuters, speaking on condition of anonymity.

“He gave a short period of time to get our response but Iran’s immediate response was that it is up to Supreme Leader (Ayatollah Ali) Khamenei to decide about this issue.”

A second Iranian official said: “We made it clear that the leader is against any talks, but the message will be conveyed to him to make a decision.

“However, we told the Omani official that any attack against Iran will have regional and international consequences.”

Khamenei has the last say on all state matters and has ruled out any talks with Washington while Tehran is under sanctions.

Iran shot down the drone after weeks of festering tension amidst a spate of attacks on oil tankers in the Gulf region.

In his initial response on Thursday, Trump said he was not eager to escalate a stand-off with Iran over its nuclear and ballistic missile activities and support for proxies in various Middle East conflicts.

He said the unmanned drone might have been shot down in error by someone who was acting “loose and stupid”, though added: “This country will not stand for it.”

The incident aggravated global fears of direct military confrontation between the longtime foes, and oil prices rose a further $1 per barrel to above $65.50 on Friday due to worries about possible disruptions to crude exports from the Gulf.